It is essential to survey all major habitat types within each grid square to allow us to detect all of the possible species within each square. Remember, every checklist will make an equally important contribution to the New Zealand Bird Atlas, regardless of where it is collected within the grid.

An example of how you could go about surveying a particular grid square is shown below. In this grid square, we’ve identified the major habitat types present (farmland, river, urban and native forest habitats), and have marked out a series of travelling count routes (marked in yellow) along public roads or walking tracks that traverse each of the identified habitat types. 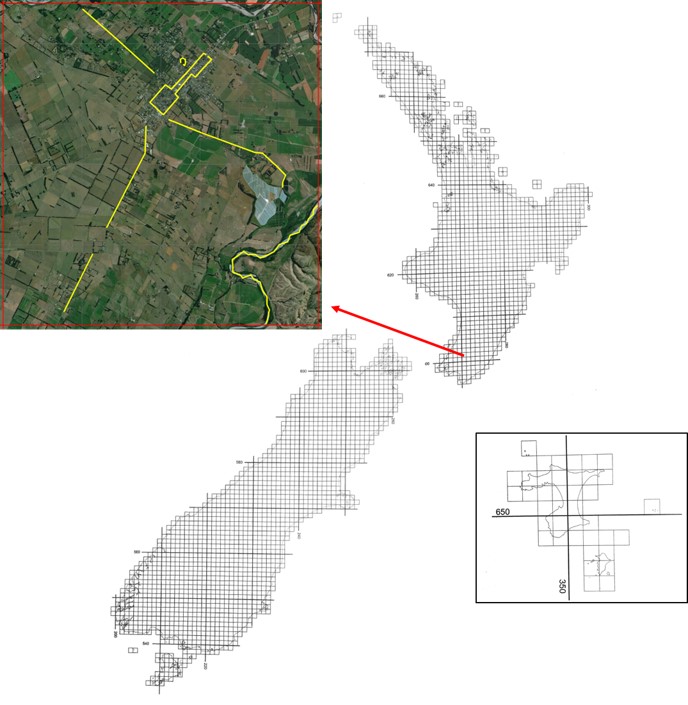 We recommend that you continue investing “search effort” into an individual checklist until either you’re satisfied that you’ve encountered the majority of species you think are likely to be present in that habitat, or the rate at which you’ve been adding new species to your checklist slows to zero.  At this point, we recommend that you finish your checklist and relocate to another habitat type within your grid square of choice to begin your next checklist.

You can use the NZ Bird Atlas Effort Map to tailor where you go Atlasing. You can also use Species Maps to see where other Atlasers have been within a grid square. By using a Species Map of one of the most common species found, such as Eurasian Blackbird or Chaffinch, you can create a map showing where that species has been detected. You could therefore use this as a rough guide to decide what habitat types have been surveyed, and what habitat types need to be surveyed within a grid square. 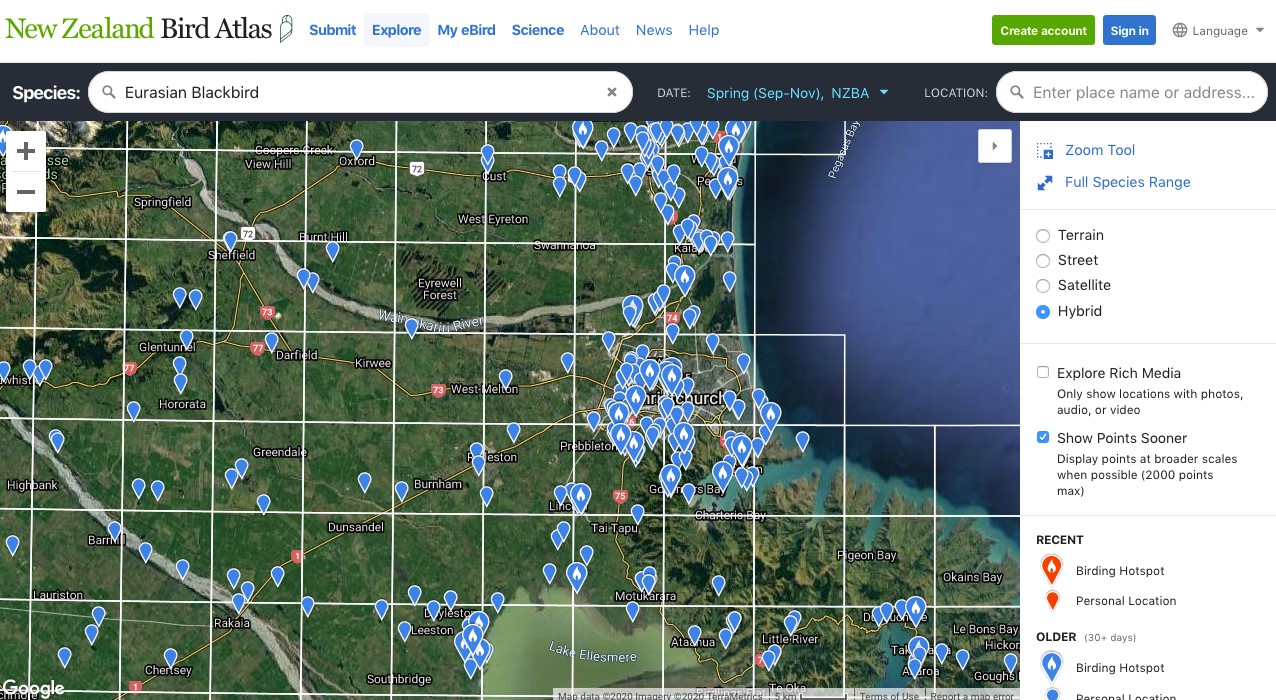 NEW! You can now see where other Atlasers have been in the first year of the Atlas! KML files are now available to show all year one points, for winter, spring, summer, and autumn. These can be imported into Maps.Me, Google Earth or any other mapping programme to then focus your Atlasing effort more to areas not surveyed. If using this, we strongly encourage this to be used in tandem as a supporting tool with the Atlas Effort Map! Remember, just because someone has gone somewhere doesn’t necessarily mean they’ve detected all the possible species though, so still aim to go to those areas too if you can.