The atlas is a monumental effort involving many organizations and thousands of volunteers. To learn more about the team, use the links below. Julie Hart (eBird profile) works for the New York Natural Heritage Program and is housed at the DEC central office in Albany. Julie is a native Vermonter who started birding while working as a bird conservation intern with National Audubon, Audubon New York, and the Cornell Lab of Ornithology. She traveled for several years doing field work around the globe before returning to VT to serve as the coordinator for Mountain Birdwatch with the Vermont Center for Ecostudies. She spent several years chasing Bicknell’s Thrush around the mountains of the Northeast and Hispaniola before moving to Wyoming to continue her education. She received her Master’s degree studying the impacts of climate change on Cassia Crossbill in southern Idaho. She moved to Switzerland for a few years and volunteered at several banding stations where she really enjoyed seeing Wrynecks and Long-tailed Tits in the hand. After that, she moved to the Connecticut coast to work as the database manager for the Map of Life project at Yale University. She is now settled in the Albany area where she is the Project Coordinator for the third Breeding Bird Atlas in NY. In her travels she has participated in two bird atlases and considers atlasing her favorite type of birding. Contact 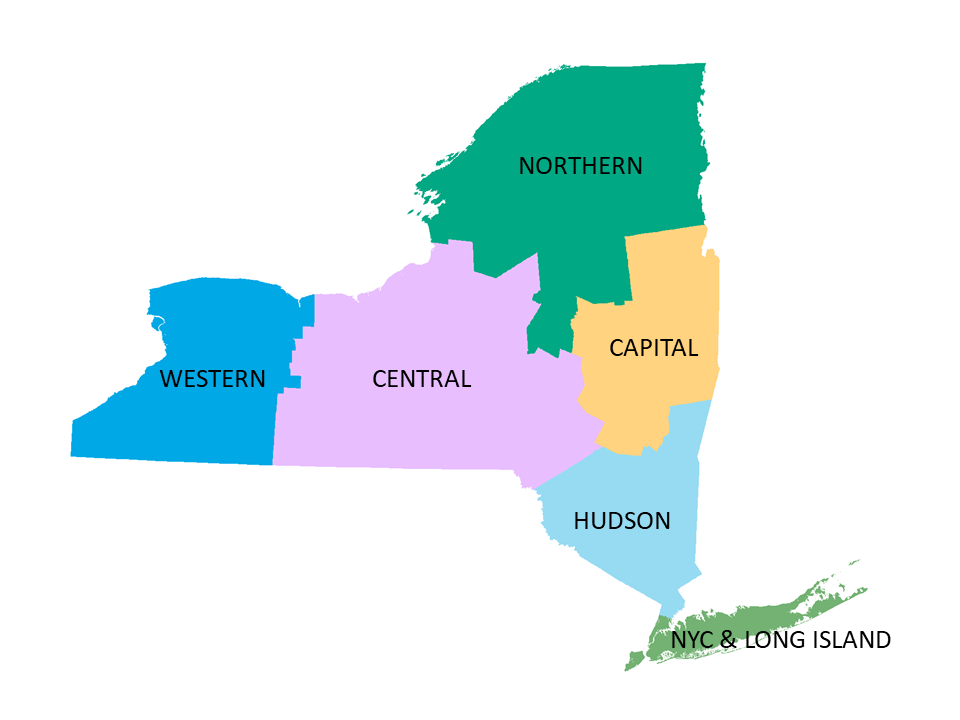 The six atlas regions. Boundaries fall along county lines. To see which blocks fall in a particular region, use the Interactive Mapper and set the color code for blocks (in the upper right) to Region. 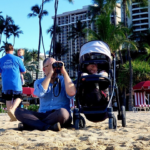 Zach Schwartz-Weinstein  I started birding about 10 years ago while I was procrastinating sting from writing my PhD dissertation on US universities’ labor history. After seeing a Great Egret and Black Skimmer, I bought a cheap pair of binoculars from Radio Shack, and soon I was hooked. When I’m not doing archival research, you’ll find me birding with my young daughter throughout the state. As an eBird reviewer for the Capital Region, I’m excited to see what we turn up here during the atlas. I’m really hoping to confirm Red Crossbill and Northern Goshawk on or near my block in Rensselaerville State Forest. (eBird profile) 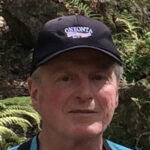 Charles Scheim I’ve been a birder since the 1970s and did a number of blocks in Otsego and Delaware counties during the 2000-04 Atlas. I am a member of the Board of Directors for the Delaware-Otsego Audubon Society and have been their Treasurer since 2012. I usually lead a number of bird walks each year (with my wife, Sandy Bright) and give a variety of birding presentations to various groups in our area.  I also do stream testing for the Otsego County Conservation Association and am a member of the Oneonta Susquehanna Greenway Committee. I am retired now, but was a mathematics professor at Hartwick College from 1980-2018. (eBird profile)

Anne Swaim  Anne is Executive Director of Saw Mill River Audubon, a local chapter of National Audubon based in Chappaqua. She began as Staff Naturalist and sole employee of Saw Mill River Audubon in 1989. Anne has served as Executive Director since 2004 now working together with four staff and dozens of volunteers to maintain eight wildlife sanctuaries, offer over 200 free public programs & field trips annually and connect people with nature in the Lower Hudson Valley. As part of her work with Saw Mill River Audubon, Anne has the great pleasure of living at Pruyn [pronounced Prine] Audubon Sanctuary in Chappaqua, a 92-acre property that protects the 42-acre Gedney Swamp and features evening concerts by Barred Owls and Eastern Coyote. (eBird profile)

Wendy Tocci  After spending several years living in various cities up and down the east coast I finally settled in Kingston where my love of and appreciation of nature has finally been able to flourish. Once I had a green space to call my own I put up feeders, began participating in Project Feeder Watch, and then eventually joined up with the John Burroughs Natural History Society so that I could learn more. I’m looking forward to being a part of making the next Atlas a success as well as learning more about the birds that breed in my area. 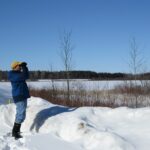 Jeff Bolsinger I started birding as an undergraduate at Oregon State University. My first real birding experience was a field trip to the William L. Finley National Wildlife Refuge near Corvallis for a Vertebrate Biology class, and I was amazed at the number of birds we saw so close to campus. I was quickly hooked on birding, and birds gave me the focus that I had been missing in my life, something that has stayed with me for more than 25 years. I greatly enjoyed working on New York’s second Breeding Bird Atlas and have been anxious for the current one to start. 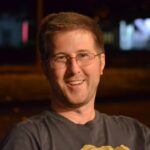 Matt Medler  I am the Collections Management Leader at the Macaulay Library at the Cornell Lab of Ornithology. I have a lifelong connection to Lake Champlain, and over the past 25 years, have spent countless hours birding, hiking, and sound recording in the Champlain Valley and Adirondacks. I enjoyed participating in Atlas 2000, and am very excited to be involved in the new Atlas III project! (eBird profile) 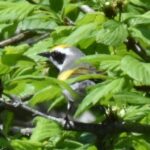 Tom Wheeler I came to birding late. In fact I would not be a birder but for my wife. We were hiking buddies in the Adirondacks and she often pointed out birds on these hikes. (We are both winter 46ers and have also hiked all of the 4000 footers in the northeast.) We started traveling for birding about 13 years ago. What really got me interested was a three day winter trip with snowy owls, rough-legged hawks, short eared and long eared owls, shrikes, and bitterly cold (below zero) weather. It was so fabulous to see those birds! I have been birding ever since. As a birder who came late to the game, I still am not an expert (and I have lost the ability to hear high pitches) but I try to make up for it with enthusiasm and persistence. (eBird profile) 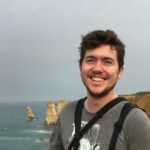 Brendan Fogarty  I got my start birding in 2001 when my parents took me on guided nature walks and bought me the National Geographic Birds of North America. I did walks with the local Audubon Societies and spent four years on the board of Huntington Oyster-Bay Audubon. While attending Cornell University, most of my roommates were birders, which kept my interest going strong. I now work as an environmental consultant on Long Island and am also an eBird regional reviewer for the area. I look forward to atlasing and being more present and observant in my birding, and making a difference in conservation with citizen science. (eBird Profile) Mike Scheibel  I’ve been birding since the early 60’s; initially my mom’s interest in feeder birds got me started and later I built an observation blind on Beaver Dam Creek in Brookhaven, LI, NY to watch rails, night herons and later to shoot ducks. I attended Cornell University and worked as a Senior Wildlife Biologist for the NYSDEC on Long Island, focusing on endangered species, including the Osprey, a special interest of mine since the 70’s. Later I was fortunate to work as Preserve Manager for The Nature Conservancy on the Mashomack Preserve, Shelter Island, NY. In May of 2018 I retired to spend more time birding with my wife Lynne and granddaughters, Julia and Marin. (eBird profile) 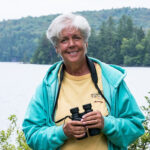 Sue Barth  I live in Western New York and, in addition to being a wife, mother, and grandmother, I’m a web applications developer with an acute and incurable passion for birding!  I’m very excited to be helping out on the third Breeding Bird Atlas! (eBird profile) 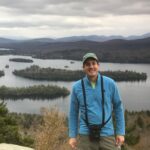 Mike Morgante  Mike has been birding since the age of four and involved with compiling and reporting on bird sightings in western New York for the Buffalo Ornithological Society since the mid-1990s. He has served as the Region 1 (Niagara Frontier) editor for “The Kingbird” for more than 20 years. He covered many blocks during Atlas 2000 and notably discovered a Henslow’s Sparrow colony near his home at the time in Erie County. Mike is an environmental consultant working with WSP USA in Buffalo, New York. He gets out birding and atlasing whenever he can when not involved with his high school-aged children and their many sports teams. He is looking to encourage more birders to get involved with NYBBAIII, especially in areas away from popular birding locations. (eBird profile) 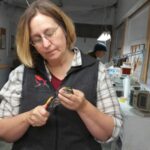 Andrea Patterson  Andrea is the director of the Braddock Bay Bird Observatory near Rochester, NY. She coordinates the migration, summer, and owl monitoring programs; facilitates the use of the Observatory as a field site for a half-dozen research affiliates; and teaches five banding classes annually, including one aimed at teenagers.  While most of her birding is done in the hand, she enjoys venturing out with binoculars to far-flung locations with her daughter or locally with a gaggle of Rochester’s young birders leading the way. (eBird profile)

In addition to the steering committee, there are four subcommittees that work in-depth on important aspects of the project.

The Design and Analysis team focuses on establishing the sampling design for the project. They work to ensure that the data we gather can detect a 10% change in bird populations over a 10-year period. They are also tasked with deciding how to address species that are difficult to detect because they are present in low numbers, secretive, nocturnal or crepuscular, or found in rare or inaccessible habitats. They provide guidance on how to analyze the data to interpret patterns in bird diversity and abundance and assess change over time.

The Methods subcommittee establishes field methodology. This includes defining breeding codes, creating reference charts, determining which species require further documentation, and identifying the state’s most sensitive species. They will provide tips and tricks for targeting special species that are hard to detect, like nocturnal species and marshbirds. They also establish the block criteria to determine when a block has received adequate coverage.

The Development team helps raise money to support the atlas. The atlas requires extra funding for carrying out point counts to estimate bird abundance, holding volunteer events and training sessions, and producing a final atlas publication. This intrepid group uses their skills to make sure the atlas can achieve its goals.

The Final Product team is tasked with planning a final publication that will serve as the definitive resource on breeding bird distribution, abundance, change, phenology, etc. in NYS. The final product will compare the results of the 2020 Atlas with the previous two atlases and provide a resource for assessing future changes, acknowledge all atlasers and donors for their contributions, and make raw data and data products accessible in necessary formats. 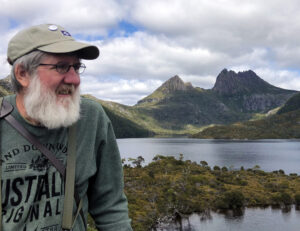 Dan Miller is the developer of the Sponsor-a-Species website. He has an eclectic background that includes a Master’s Degree in Ecology and Evolution from the University of Rochester, a stint as a stay-at-home dad, and working as a builder and restorer of wooden canoes and timber-framed buildings. He has worked for several non-profit organizations as curator, director, board member, webmaster, and journal editor. In addition to working on the Sponsor-a-Species website, he owns and operates the Gato Diablo coffee roastery that specializes in Smithsonian Bird-Friendly and Rainforest Alliance certified coffees. His interest in birding began while in graduate school with other birding classmates. This interest was rekindled during a trip to Costa Rica in 2015 where he turned 50; his “life after 50” list is at 761 and counting. He lives on the St. Lawrence River near Cape Vincent where his yard list is stuck at 149 species. (eBird profile)

The atlas would not be possible without the help of the birdwatching community. Over 1500 people contribute data to the project! This dedicated community hails from all corners of NY and neighboring states and provinces.

Read about Featured Atlasers
See where people have submitted data