Here in NY, we organize a breeding bird atlas every 20 years; the first was in 1980-85 and the second in 2000-2005. The third atlas will continue to improve our understanding of changes in the distribution of breeding birds in the state and provide the basis for more informed conservation and management of birds and their habitats. Starting Jan 1st, check out the Explore tab to see real-time results from the third atlas. 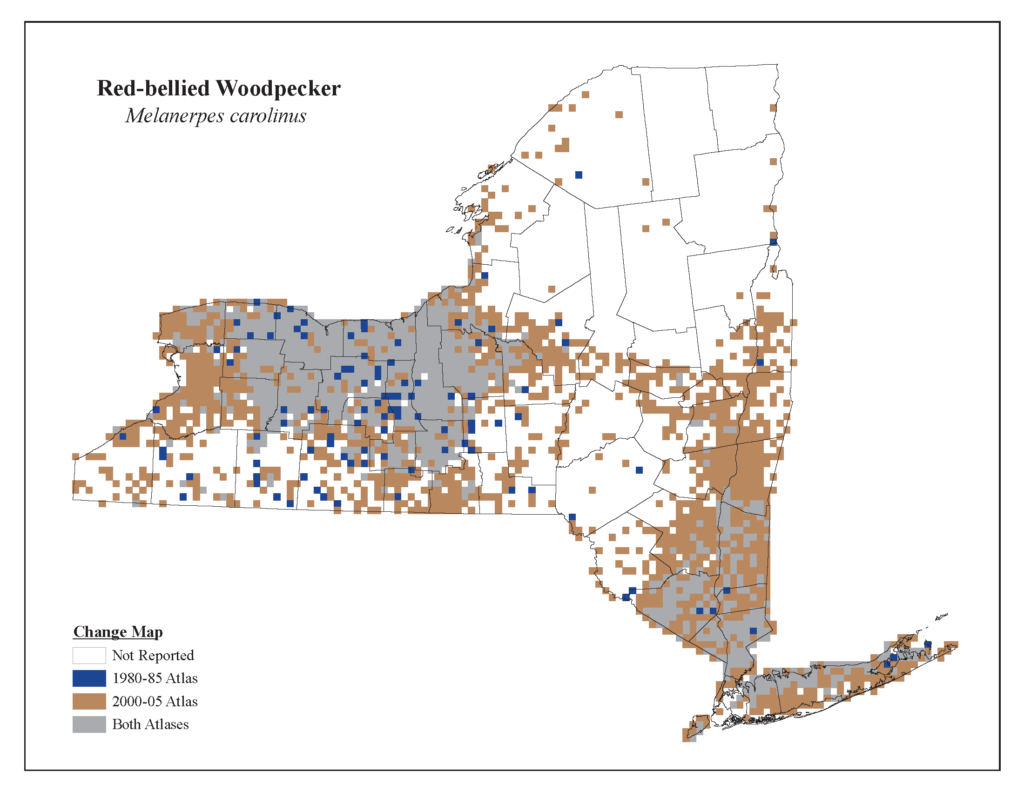 Change in the distribution of Red-bellied Woodpecker between the first and second atlas. Note the large expansion of the species up the Hudson and Mohawk River valleys, across the southern tier, and into the Buffalo-Niagara region.

In the first atlas, over 4,300 volunteers submitted more than 361,595 observations of 242 species and three hybrids. This was the first time a detailed distribution map was available for some species, while it confirmed our understanding for others.

Ten species known to have previously bred in the state were not confirmed in the first atlas: 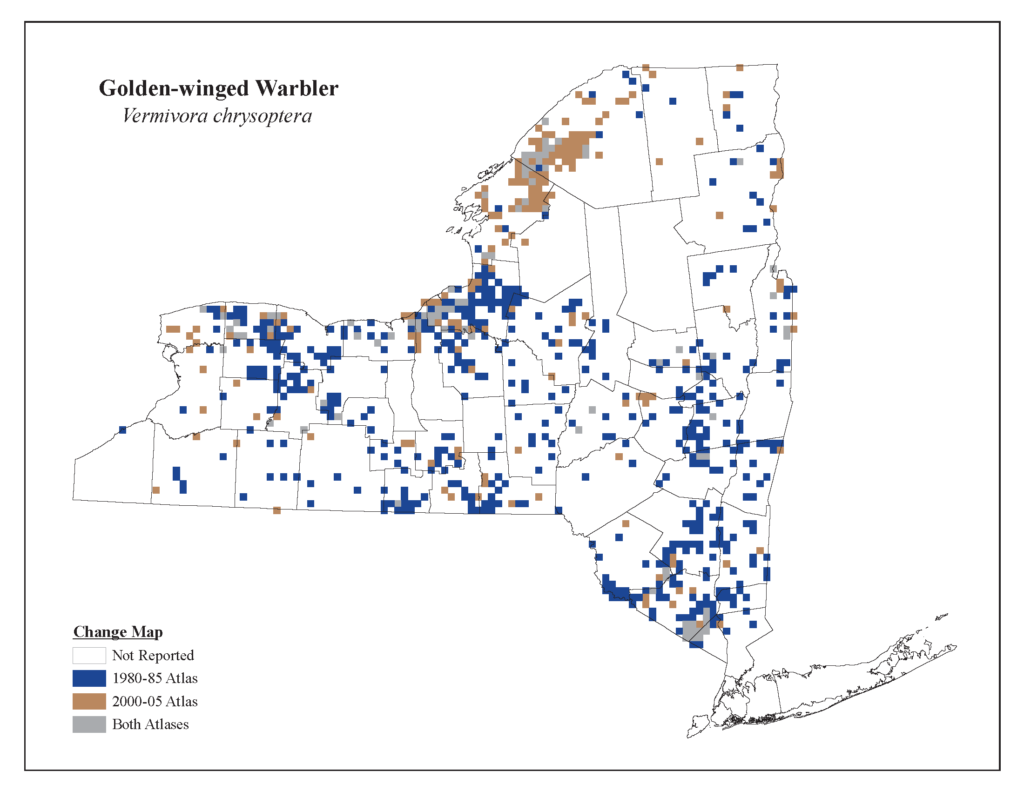 Change in the distribution of Golden-winged Warbler between the first and second atlas. The species disappeared from much of the state.

1400 volunteers participated in the second atlas and submitted over half a million (519,562) records. These intrepid volunteers documented 248 breeding species and 3 hybrids. Since this was the second atlas in the state, we could look at the change in distribution of each species over the 20 year interval. About one quarter (28%) of species showed range expansion, and one quarter (23%) reduced their range. We also lost a couple of rare breeders (Canvasback and Loggerhead Shrike), but we gained 6 more.

New species recorded in the second atlas were:

Explore more distribution and change maps from the second atlas on the DEC website.

Zuckerberg, B & WF Porter (2010) Thresholds in the long-term responses of breeding birds to forest cover and fragmentation. Biological Conservation, 143, 952-962. [PDF]