The Pacific Black Duck (Anas superciliosa) is one of the most common dabbling ducks in Australia. It can be found across the continent, typically in association with water sources, i.e. ponds, lakes, rivers, wetlands, and is frequently seen in urban waterways.

The Mallard (Anas platyrhynchos) was introduced to Australia in the 1860s and has been spreading slowly across the south east and other populated areas. Mallard populations in Australia are supplemented by the dumping of domestic ducks, and the vast majority of Mallard ducks in Australia are now feral domestics or wild-type x domestic hybrids.

Pacific Black Ducks and Mallards are closely related species and have similar habits and occupy the same environments. Where they are both present, the two species commonly cross-breed to produce fertile hybrids. With several broods each year of 7 to 12 ducklings, and 20% reaching adulthood, the Mallard genes can quickly make their way into the local Pacific Black Duck population. This phenomenon is most common in urban areas, and isolated populations with low rates of migration are usually the heaviest hit. Genetically pure Pacific Black Ducks are now rare in New Zealand and their genetic integrity is either threatened or lost on Macquarie, Norfolk and Lord Howe Islands.

Recording sightings as accurately as possible is important for monitoring the distribution of hybridisation in Australia. If unsure if you have seen a Pacific Black Duck or a hybrid, record it as “duck sp.” and describe what you saw or upload a photo.

A common misconception is that hybrids must have orange legs. This has led to much confusion and misidentification; not only can hybrids inherit many other traits from Mallards, in various combinations, but Pacific Black Ducks can also have naturally occurring orange legs. Many hybrids get identified as Pacific Black Ducks because they lack bright orange legs – this is incorrect.

The leg colour of Pacific Black Ducks can range from grey/dark brown to orange (Fig 1a and 1b). Hybrids may inherit and express bright orange to red legs (Fig 1c) from Mallards (Fig 1d). A good way to determine if natural or not is to view the legs in the shade, as bright sunlight often exaggerates the orange. Bright, uniformly sherbet-orange legs in the shade is often a hybrid trait but the amount that breeding condition influences leg colour is not well understood. It’s therefore best to ignore leg colour in otherwise pure-looking Pacific Black Ducks if there are no other hybrid traits visible, unless they are vibrant orange like the example below (Fig 1c).

A patchy or discoloured bill is quite easy to recognise, assuming you can get close enough to see. A pure Pacific Black Duck will have an evenly coloured slate-grey bill (Fig 2a), sometimes with a hint of green. Obvious hybrids will have yellow/green (Fig 2b), orange or red bills (Fig 2c), often with large dark blotches. Subtle hybrids may have a green/yellow tinged bill , especially at the bill base and tip (Fig 2d). Mallard bills can be yellow (Fig 2e), orange, red or blotched-grey.

There are several features on the head that may indicate a hybrid. A pure Pacific Black Duck will have a dark stripe from the gape to below the eye, connecting to the cheek (this stripe is not quite as dark or solid as the stripe through the eye which should surround the eye) (Fig 3a). Hybrids (Fig 3b, c, and d) may have this stripe entirely missing, a faint or wider stripe, or a partial stripe that doesn’t extend the full distance. Pacific Black Ducks have two defined cream face patches, one above the eye and the other extending from the bill to the rear of the head (Fig 3a). Hybrids can have darker faces due to black or brown streaks in either cream patch (Fig 3e).

Figure 3. Heads and faces as distinguishing features of Pacific Black Ducks and hybrids.

The crown of a Pacific Black Duck is typically quite dark. Males Pacific Black Ducks have a solid black crown (Fig 4a) while female can have light streaking (Fig 4b). A crown with lots of brown streaks is most likely inherited from Mallards (Fig 4c). The crowns of wild-type Mallard females are heavily streaked (Fig 4d).

Figure 4. Crowns as a distinguishing feature of Pacific Black Ducks and hybrids.

The coloured patch (speculum) on the wing of a pure Pacific Black Duck is iridescent green, appearing purple at some angles. The speculum is bordered fore and aft by black and sometimes a very thin white trim on the trailing edge (Fig 5a). A hybrid may have an iridescent blue speculum, however seeing this will depend on lighting angle and is not usually a reliable indicator.

Hybrids may have either a very broad and defined white bar on the trailing edge, a white alar/aft bar or both (Fig 5b and c), like their Mallard ancestors (Fig 5d and e).

This can be easily confused as some Pacific Back Ducks will have a light brown/buff feather edge on the feathers bordering the speculum, giving the appearance of a white aft/alar trim. In hybrids this bar is white and noticeable broader than the surrounding feather edge trims.

Figure 5. Wings as a distinguishing feature of Pacific Black Ducks and hybrids.

A pure Pacific Black Duck will have narrow buff fringes to the feathers, females having slightly broader trims than males (Fig 6a). Hybrids may also have lighter feathers and feathers with broad (Fig 6b) and/or fluffy buff (Fig 6c) fringes. These fringes can also be a darker, bronze colour or have extra streaks on the feathers, giving the duck a much lighter colour overall. This can make the breast of some hybrids appear very streaky. This trait can be a little more difficult to identify, in that it requires some observation experience of both Pacific Black Ducks and hybrids.

Figure 6. Feather edge trims or fringes as a distinguishing feature of Pacific Black Ducks and hybrids.

Curled tail feathers
Some hybrids will have curled tails, inherited from Mallards. Note all the hybrid features on display in this example (Fig 7): Curled tail, a yellow-tinged bill, bronze feather edges on the breast and flank, a patchy, almost absent lower facial stripe and a thick upper facial stripe with almost no upper cream patch. 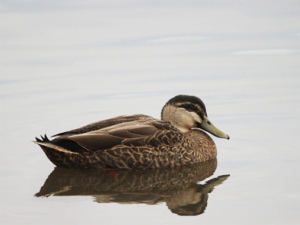 Figure 7. Curled tail feathers as a distinguishing feature of hybrids.

Pacific Black Duck ducklings will have black/grey legs only. A clutch of Pacific Black Duck ducklings should more or less look the same (Fig 9a), with some very slight variations possible in the upper facial stripe. This stripe should run through and around the eye. There should be a small gape patch next to the bill, and another shorter but thicker patch towards the rear of the head. The face should be a light yellow/cream colour, similar to the cream patches in adults.

Hybrid ducklings may have brown/orange streaks at a very young age (Fig 9b). They often have darker yellow/brown faces with thicker facial markings (Fig 9c). It’s common to have a thin upper facial stripe that does not surround the eye, and/or a continuous lower stripe.

Ducklings with obvious hybrid traits but a pure Pacific Black Duck-looking parent is usually an indicator that the male parent was a Mallard or a hybrid. This is occasionally quite obvious with a bright yellow duckling or two in the clutch, but usually it’s quite subtle. Similarly, ducklings may look like pure Pacific Black Ducks but have a hybrid parent, making all of the clutch hybrids (Fig 9d and e).

“Can grey duck (Anas superciliosa) x Mallard (A. platyrhynchos) hybrids be recognised in the field?”

Photos (except where noted) Geoffrey Cox and Jason Graham