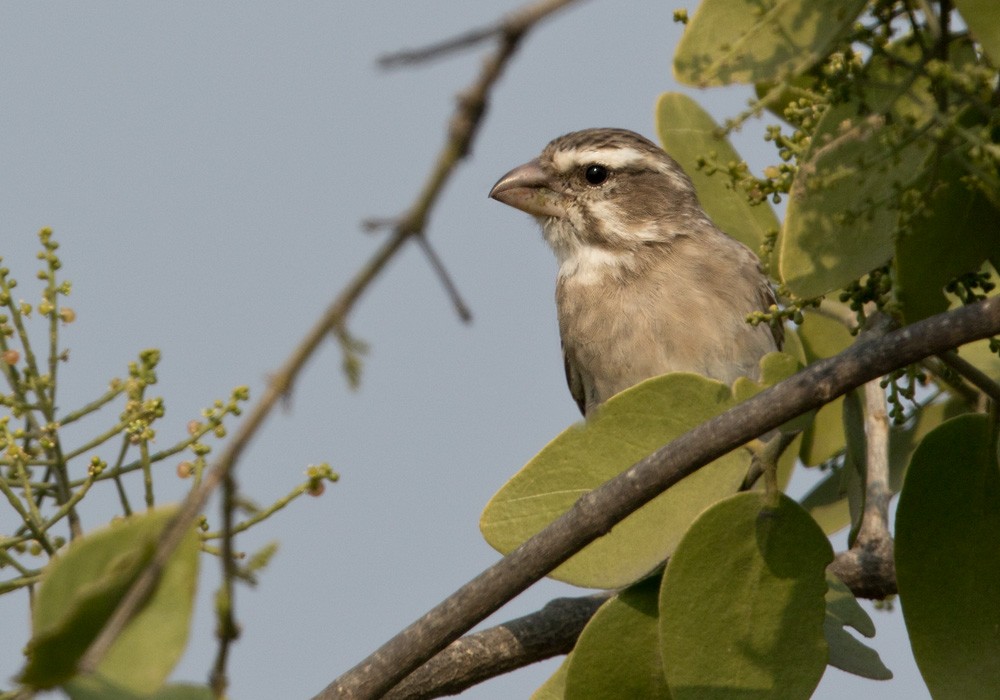 A large, unstreaked drab canary with facial markings, a white throat, and a yellow-green rump. A pale eyebrow and heavy bill further differentiate it. Pairs and small groups occur in a variety of arid environments including coastal heathland, Karoo, arid grassland, and thorn scrub, where they are resident and nomadic, wandering in flocks after breeding. The species has a typical sweet canary song including some imitations of other species, and the call is a distinctive tri-syllabic “speak-to-me.” The similar Protea Canary differs from White-throated Canary by having a black chin, a pale bill, and two distinctive wingbars visible at close range.