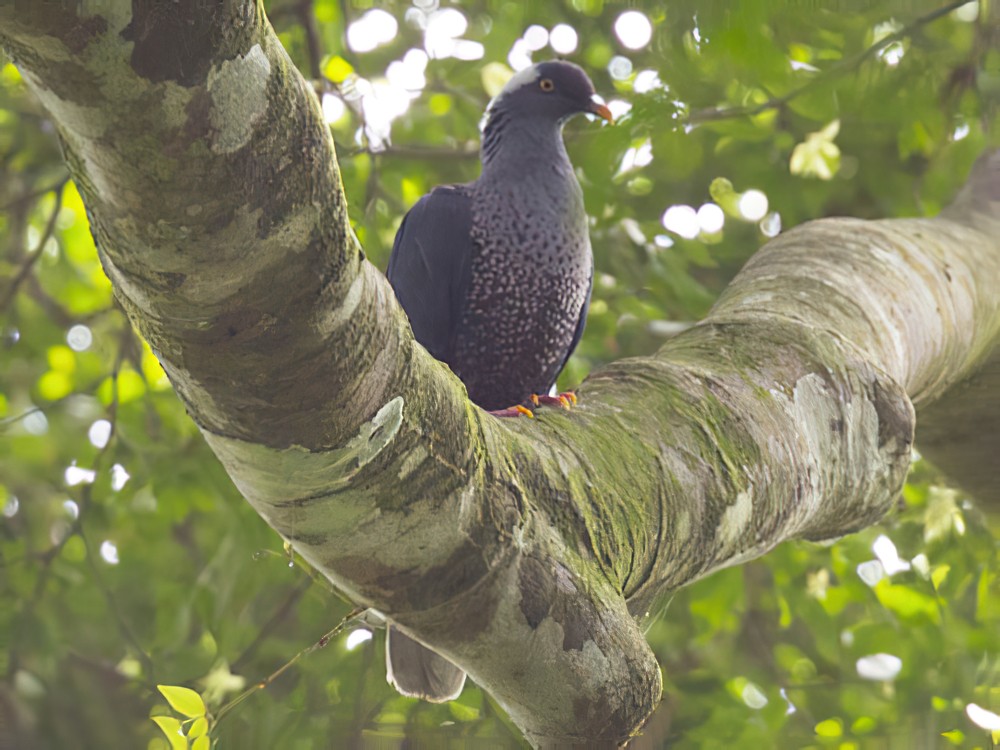 A dark maroon-gray pigeon with a hind-crown and nape that are white in the male and gray in the female. At close quarters the bill can be seen to have a black base with a red-yellow tip, and the legs are reddish-purple. In flight the tail has pale-tipped corners. A scarce and localized resident found in pairs in the canopy of lowland and sub-montane forest in isolated populations in the Albertine Rift and Cameroon. Vocalizations are poorly documented, but reputed to be similar to those of Rameron Pigeon, which is larger than White-naped with a yellow eye-ring, bill, and feet, white speckling on the wings, and no white on the head.