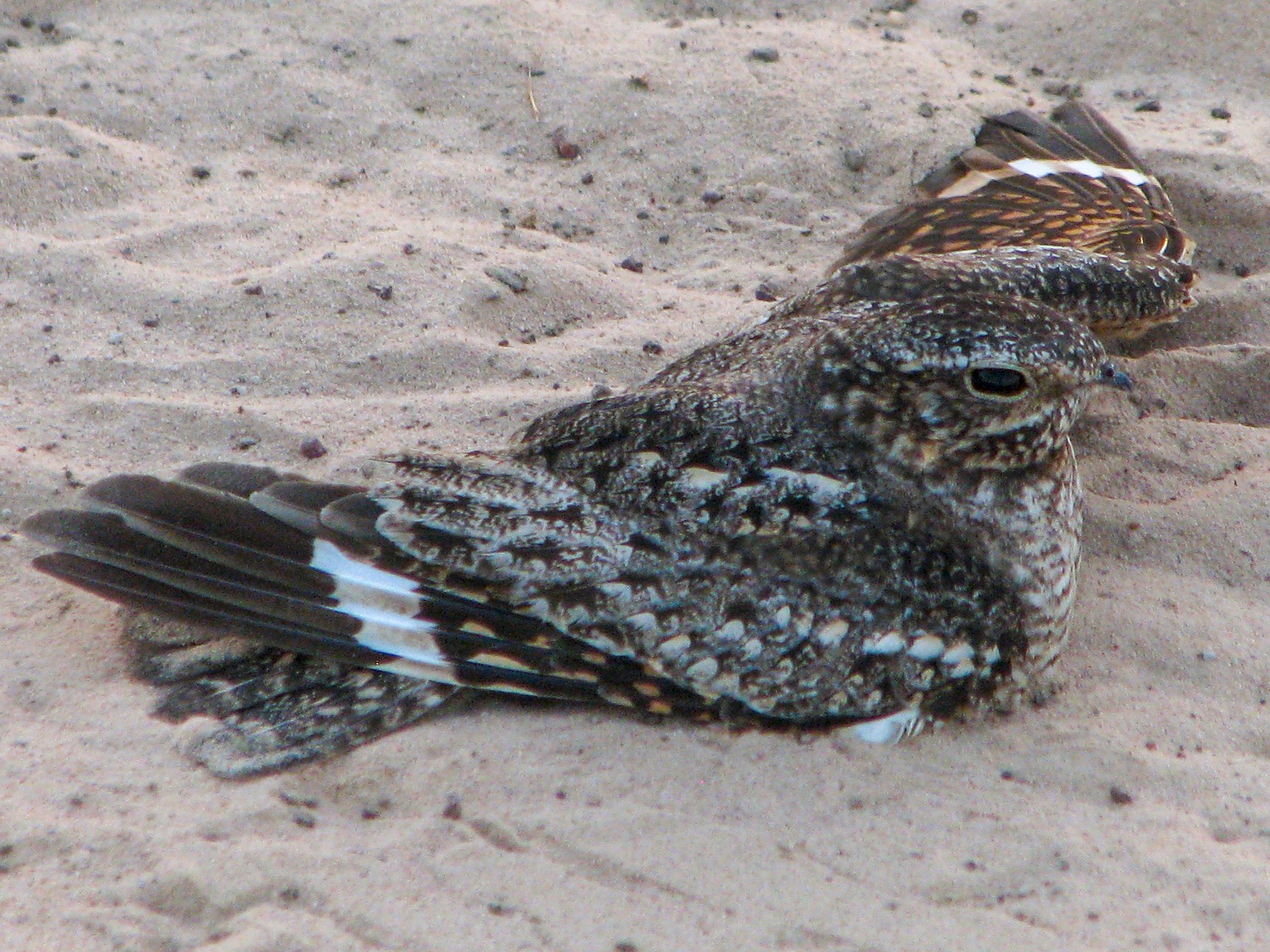 Small nightjar of open forests and forest edges, particularly in hilly terrain. Very similar to closely related Little Nightjar, but ranges do not overlap. Readily distinguished from other nightjars in the area by small size and short tail (barely longer than wingtips). Female slightly duller than male, lacking bright white wing patches and replacing male’s white throat and wing spots with buffy off-white. Like other nightjars, difficult to see during the day; typically encountered at night, as it hawks for prey from the ground or a low perch. Listen for its unearthly song: an odd, burbling series of notes that sound like a spacecraft’s controls: “wi’br beerbeerbeer.”