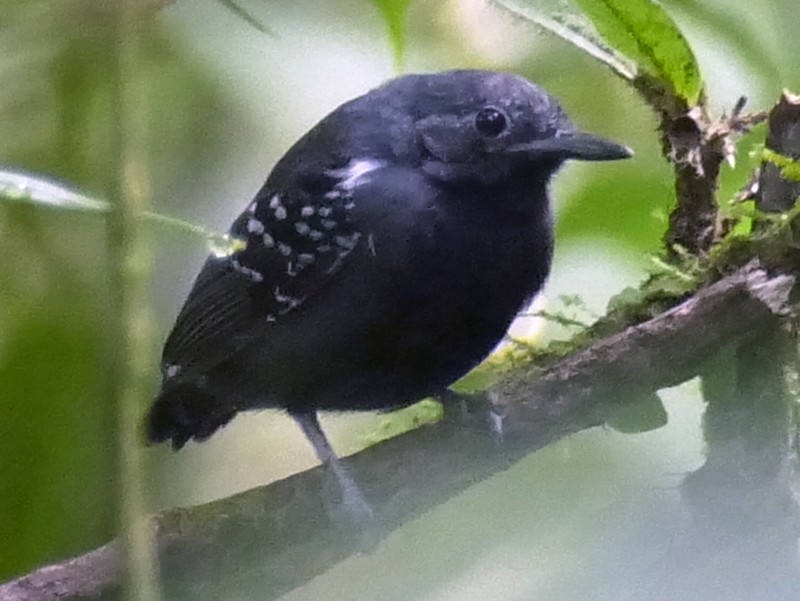 Scarce and confusing antwren of lowland rainforest; known from scattered locations throughout the western parts of the Amazon basin. Male is gray with a black bib and white spots on the wings that usually form bars. Female is mostly brown and extremely difficult to separate from several other antwren species. Male is told from male Long-winged Antwren by gray (not whitish) belly, lack of a distinct white tip to the tail, and smaller wing dots. No overlap with the similar Slaty Antwren, which is found at higher elevations. Usually encountered with mixed-species understory flocks, often with other species of antwren. Song is a series of three to five drawn out “swee” notes.