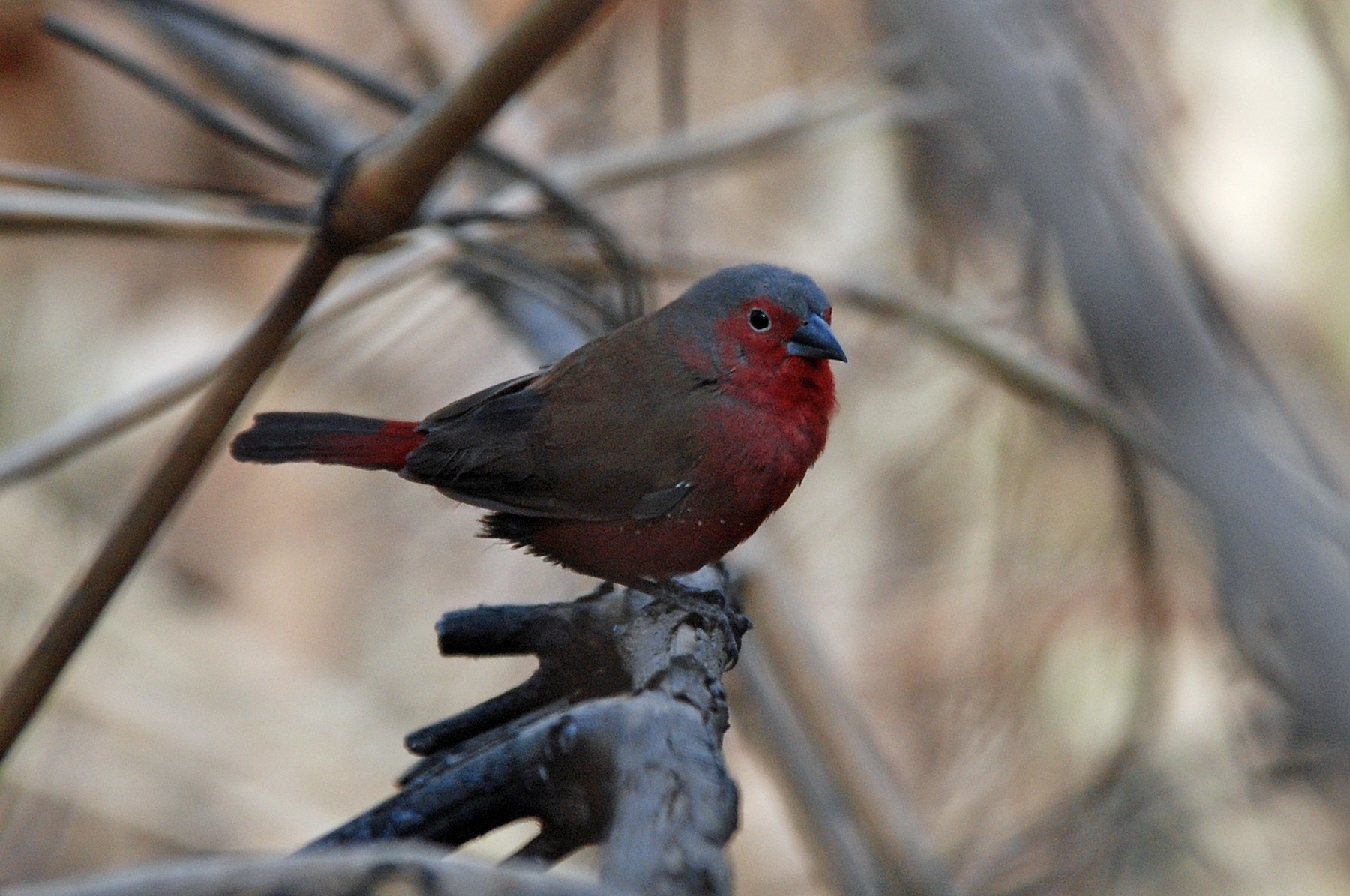 A small brown and reddish waxbill with a blue-gray bill, a mostly gray head, and black under the tail. There are a few white spots along the shoulder. Found in dry, rocky habitat with grass and bushes. Usually in pairs or small groups. Very similar to African Firefinch, but separated by range and habitat. Also similar to Black-bellied Firefinch, but has less extensive black on the belly, and males further separated by the gray patch on the head. Calls include soft “teew” whistles, “tep” notes, and “pit-pit-pit” calls. The song is a series of identical whistled notes.