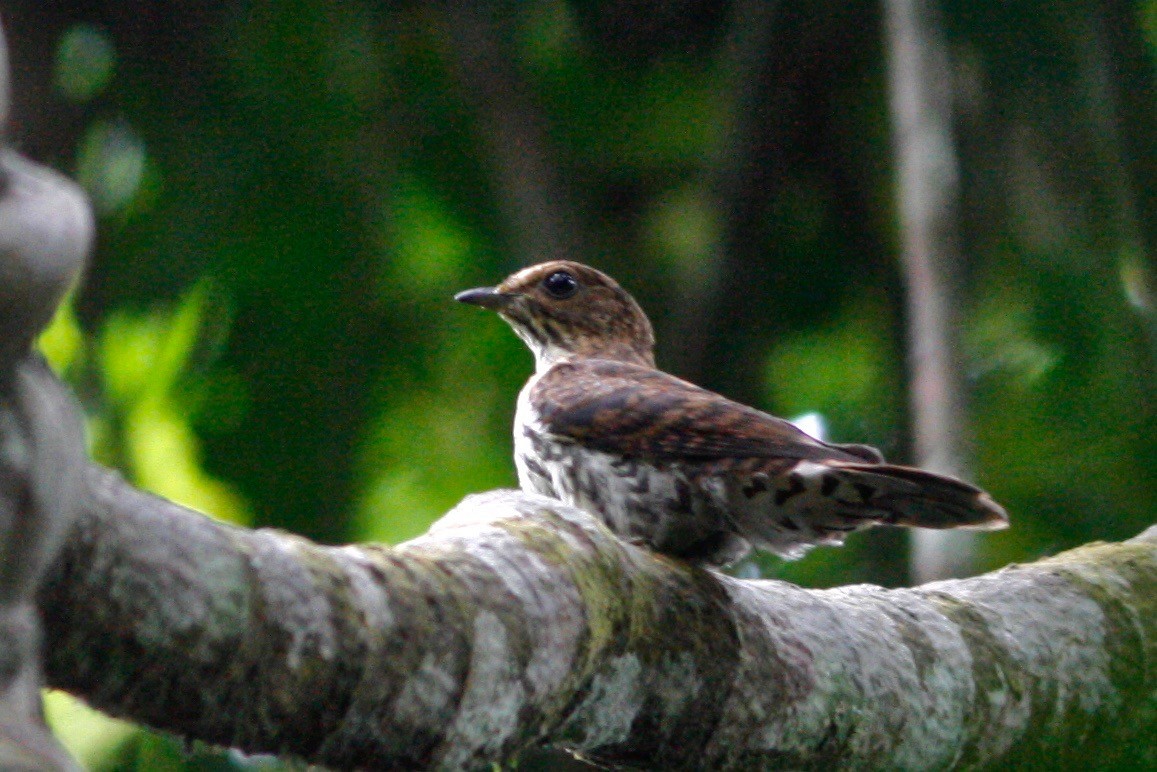 Dark gray cuckoo with an unusually long tail and barring on the underparts. Found in forest and thick woodland. Shy and retiring, and most easily found by voice. There are two main vocalizations. One is a long series of slurred “treow” calls which become more emphatic. This sometimes leads into the second call type, which is a three-noted “toot twet tow.” Very similar to Dusky Long-tailed Cuckoo, and best separated by voice, but also identified by paler upperparts, narrower barring on the underparts, and paler rufous on the undertail.