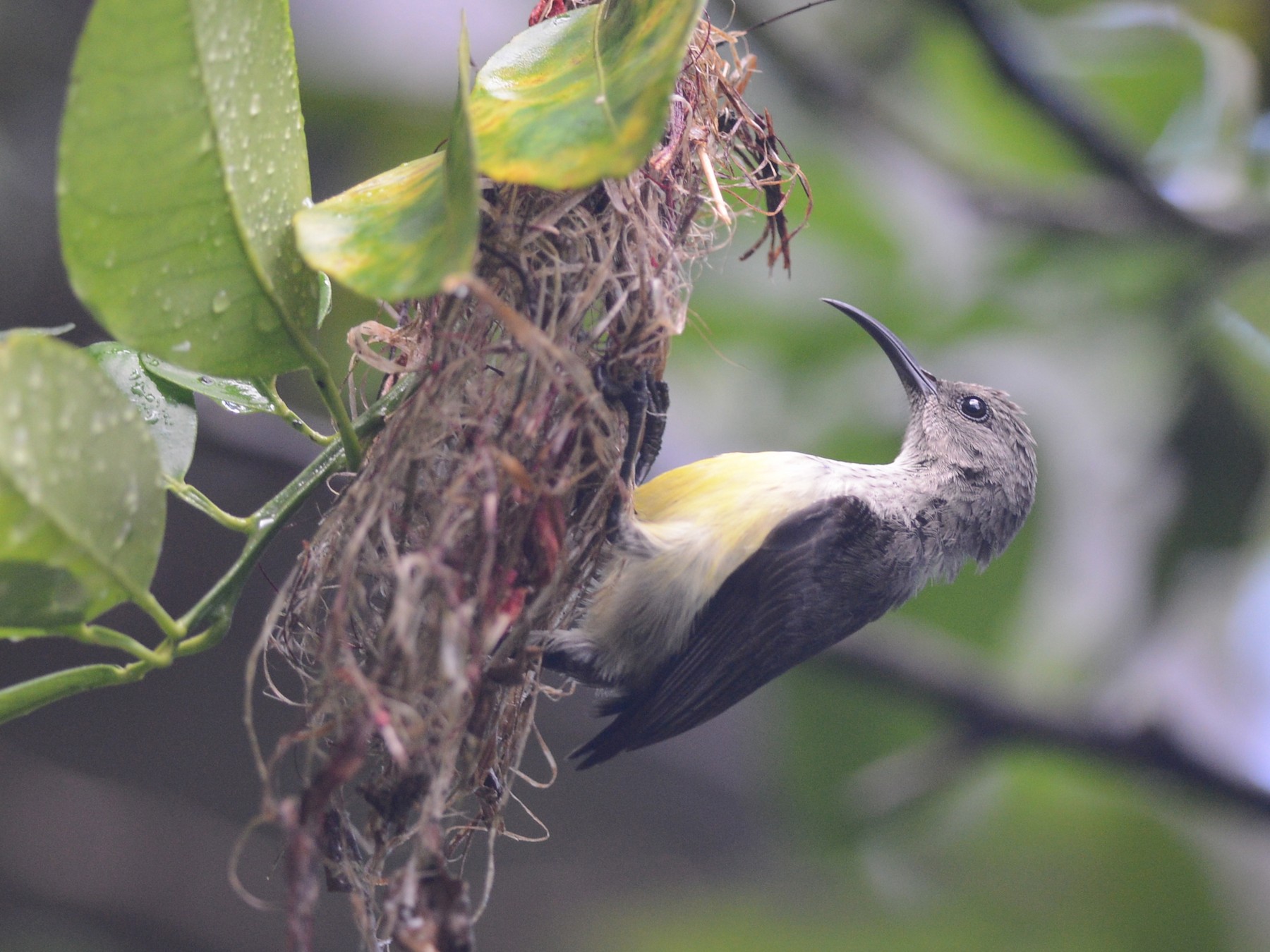 A small sunbird with a relatively short, slightly downcurved bill. Males are a beautiful mix of green, purple, red, and yellow. Females are fairly drab, with a dark-streaked pale breast and a yellow belly. Found in all habitats on the island of Mayotte, though most common in scrubby habitat rather than in forest. In its small range, it is the only sunbird, so it is easily identified by its bill shape. The song is a typical sunbird jumble of high-pitched notes, and the call is a rising whine.