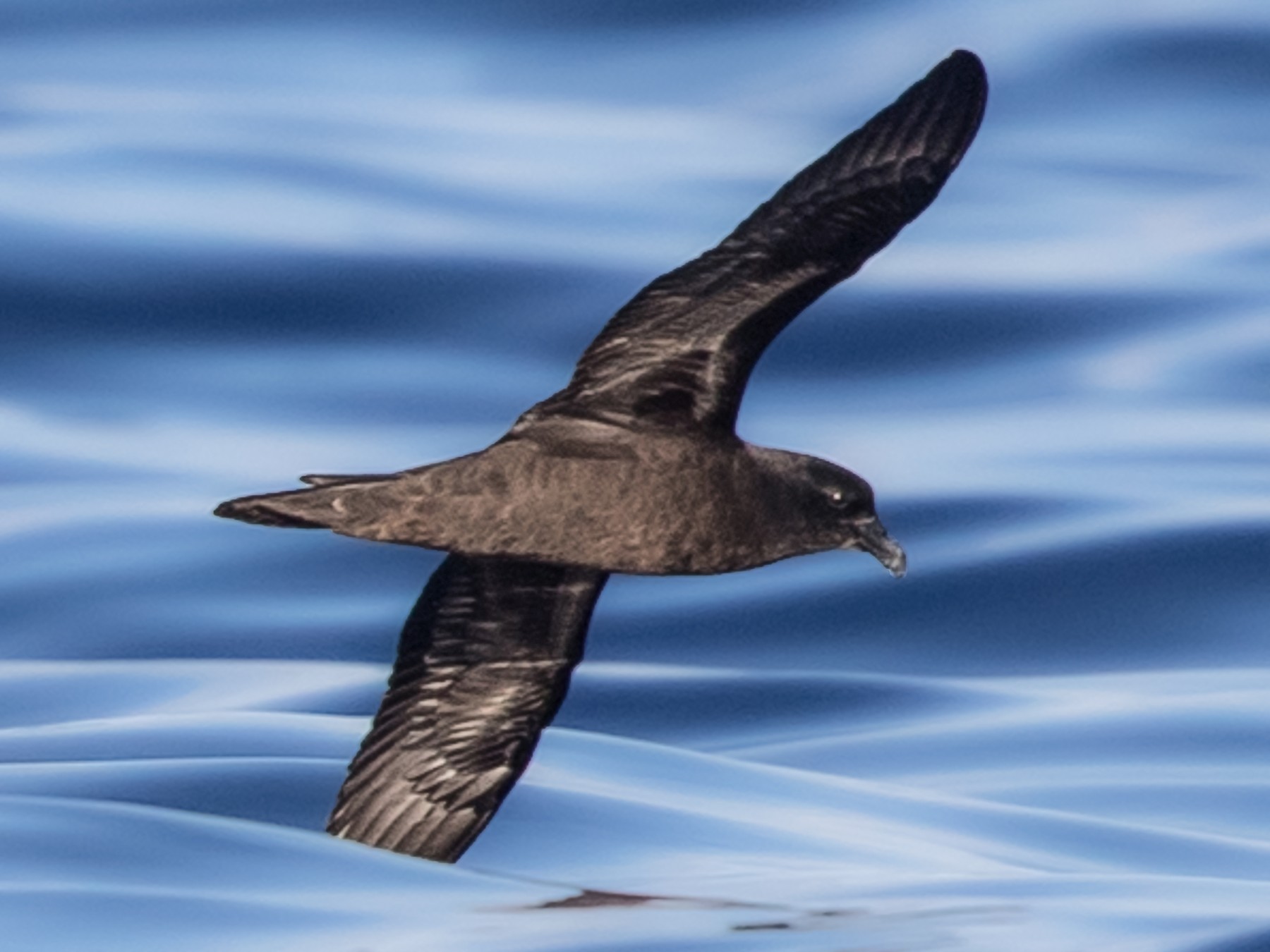 An entirely dark petrel that usually has a cross-like shape in flight. Note the large, square head, the thick bill, and the long rear. Critically endangered; nests on cliffs and crevices on the island of Reunion and feeds in the surrounding ocean. The vocalization is an eerie scream, given at night around breeding sites. Separation from several similar species is tricky. Most similar to Great-winged Petrel, and distinguished only by subtle differences, including the heavier head and bill, longer neck and tail, more rounded wing, and less explosive flight. Also similar to Jouanin’s Petrel, but identified by larger size, longer wings that are held straighter, and shorter rear. Separated from Wedge-tailed Shearwater by the much heavier bill, and from dark-morph Trindade Petrel by the lack of a silver flash in the underwing.