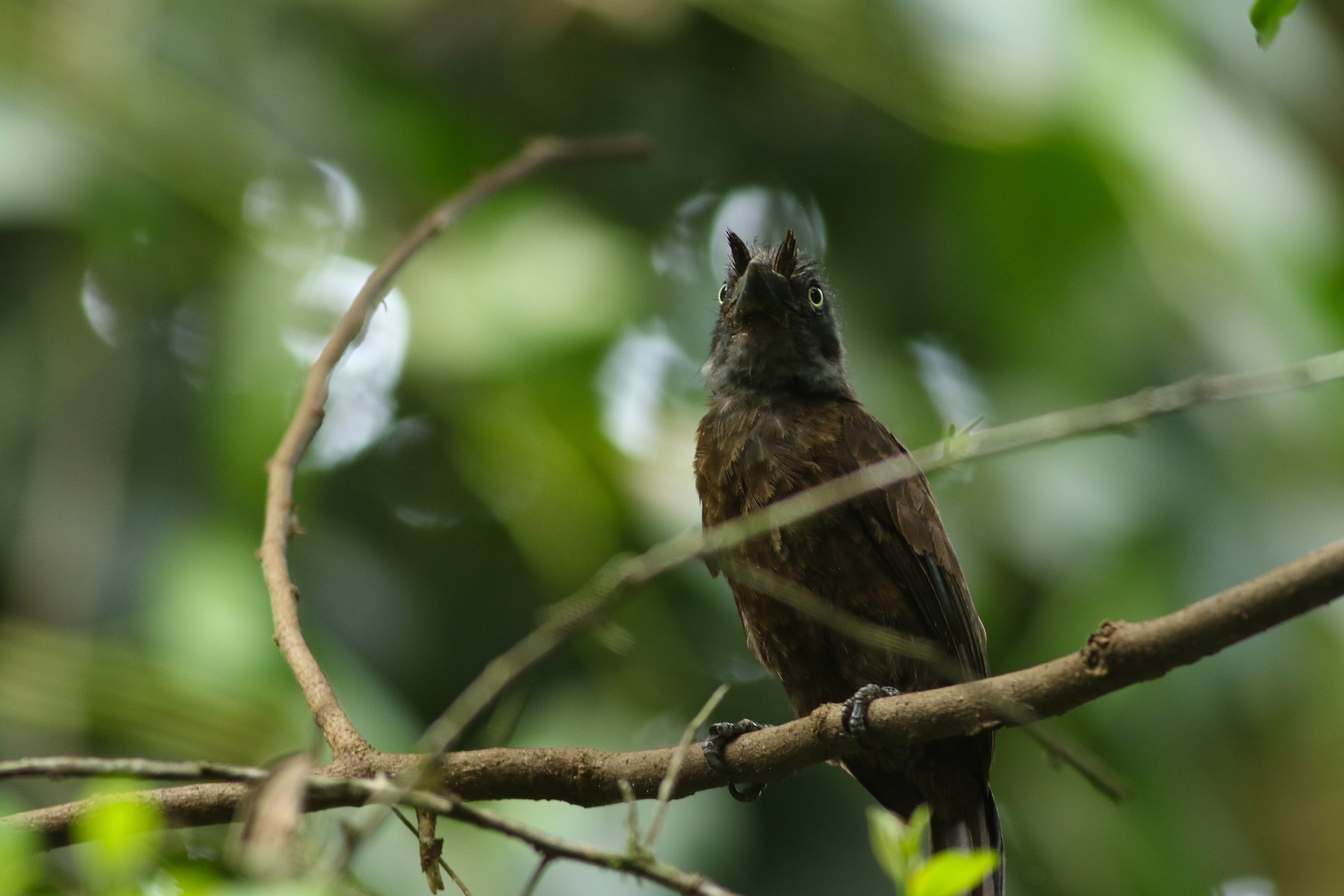 Dark, chunky barbet with an odd tuft of feathers on its forehead. The eye is pale in the eastern part of the range and dark in the west. Usually in small groups on and around dead trees in humid forest and secondary growth. The vocalizations include nasal “squeaky toy” calls, “peet” notes, and a dry rattle. Similar to Naked-faced and Bristle-nosed Barbets, but has a mostly feathered head and a dark bill. Sladen’s Barbet also has a dark bill, but Gray-throated is separated from that species by its feathered head.