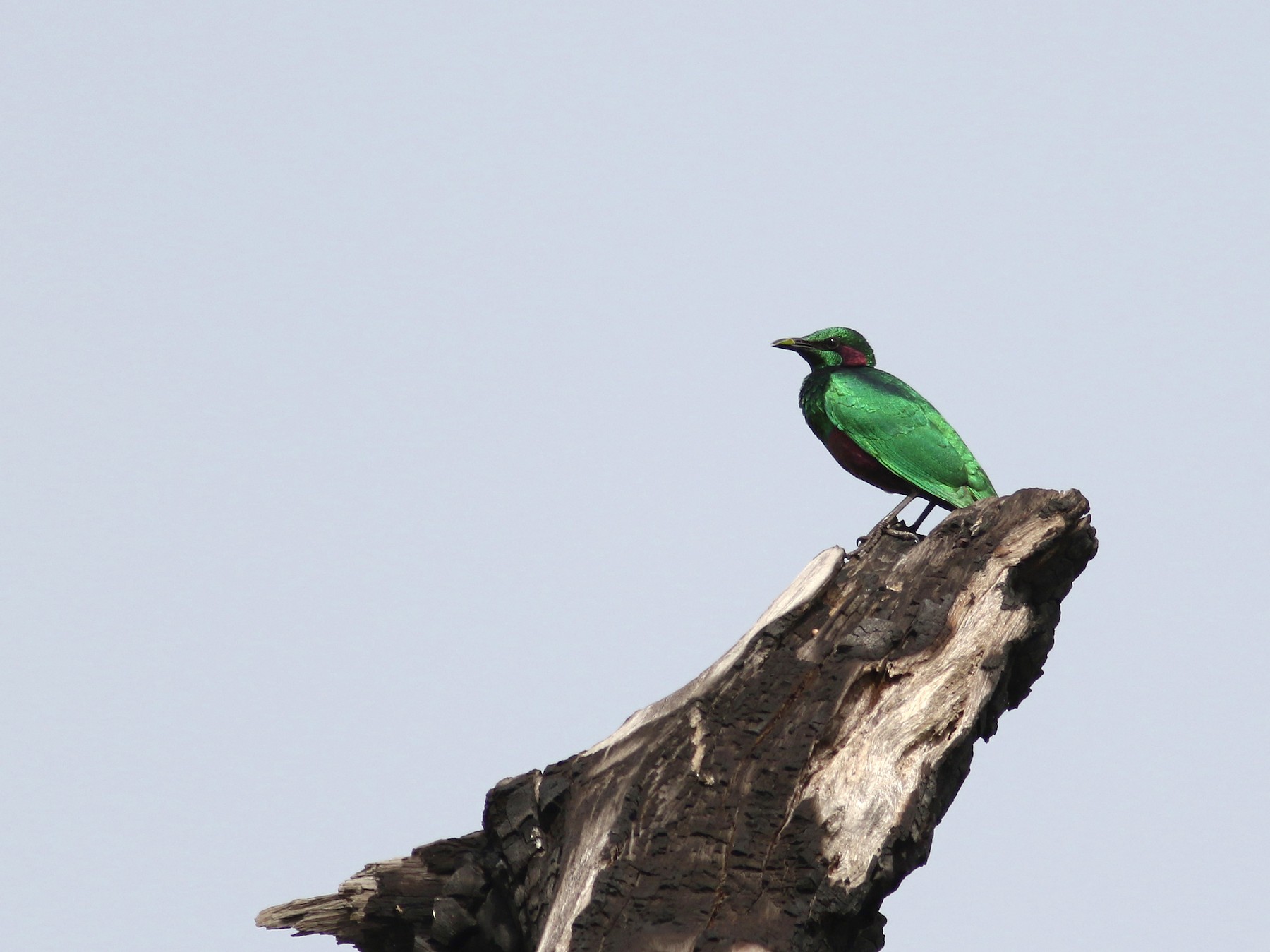 A beautiful and distinctive starling that is mainly iridescent green, with a purple iridescent cheek patch and belly. In poor light, can look black. Also note the dark eye. Found locally in lush savanna and woodland, usually in small groups that often perch up in dead trees. Somewhat similar to some other glossy savanna-dwelling starlings, but smaller than most, and easily separated by the bright green plumage and the dark eye. The vocalizations include nasal and squeaky calls.