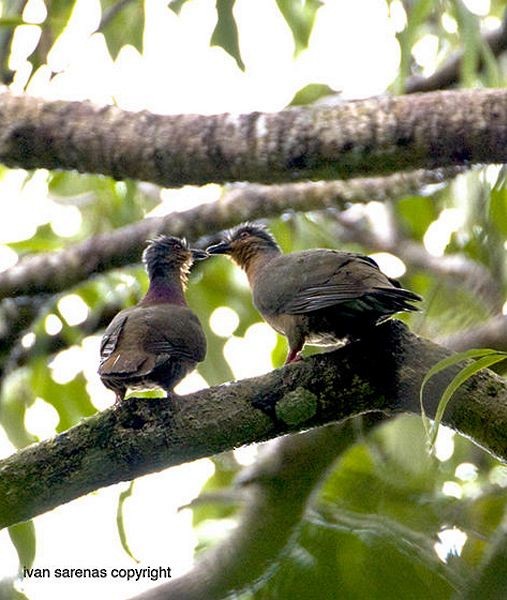 A medium-sized dove of lowland secondary forest on Tawi-Tawi Island, where it is the only brown-dove. Dark brown above with a gray head, purplish iridescence on the back of the neck, rufous-brown underparts from the throat to the belly, white under the base of the tail, and a pale gray tail tip. Does not resemble any other similarly sized doves in its range. Sings an accelerating series on the same pitch, ending in a trill, “dup-dup-dup-du-du-d-d-drrrrr,” reminiscent of a ping-pong ball falling on a table.