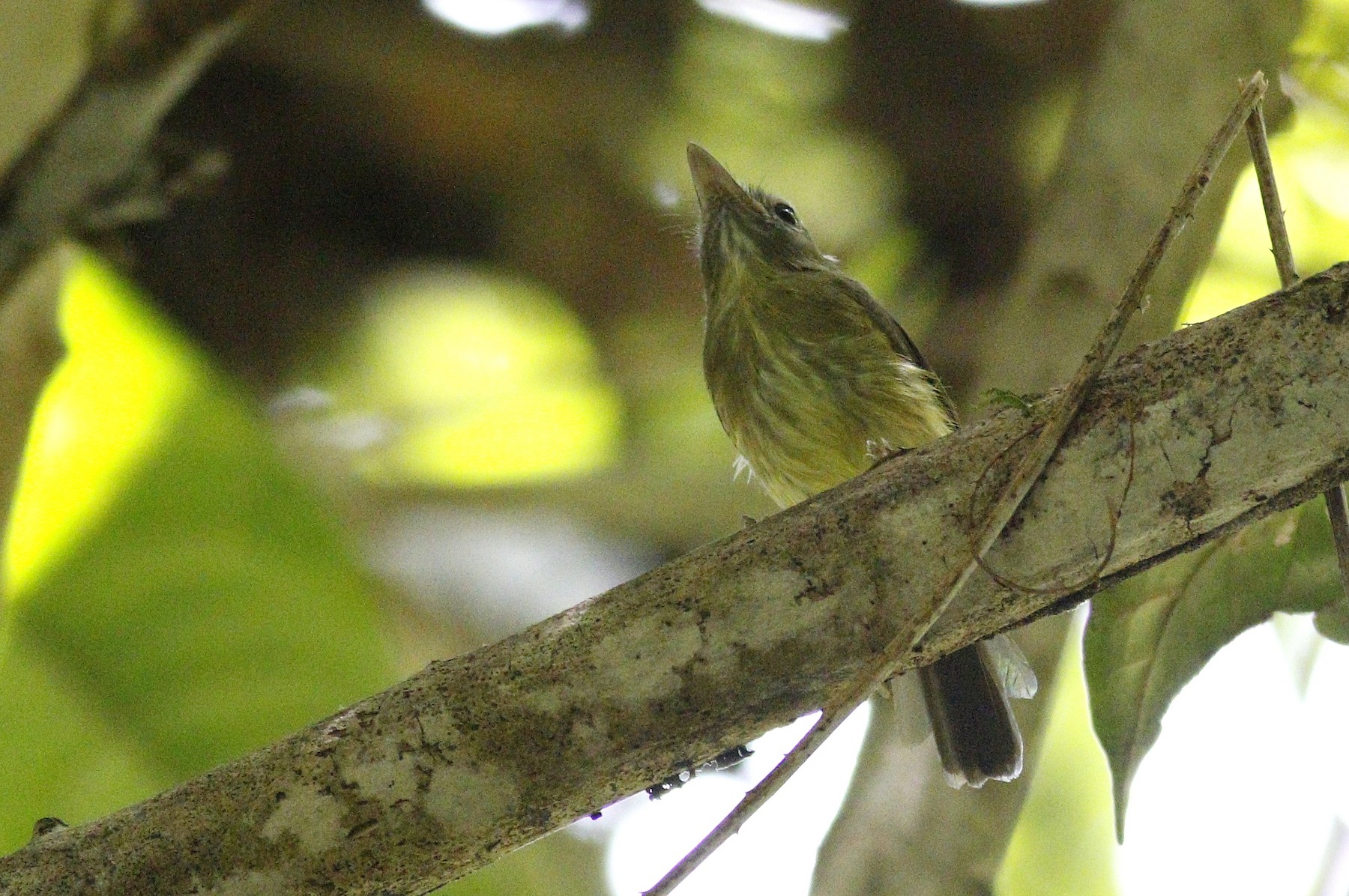 Tiny, inconspicuous flycatcher with an oversized bill. Plumage generally olive above and yellow below, with faint breast mottling; most readily identified by its large, long bill with entirely pale mandible. A rare resident of tall rainforest, where it seems to prefer areas with many dense vine tangles. Usually encountered alone, sitting deep inside a vine tangle in the mid-story and making short sallies to foliage for insects. Almost always first detected by voice: a series of two or three short hollow notes, somewhat musical and descending in pitch. Unlikely to be confused if seen well, on account of its large bill. Voice is somewhat similar to that of Pelzeln’s Tody-Tyrant but is deeper and seldom exceeds three notes; the two species occupy entirely different habitats.