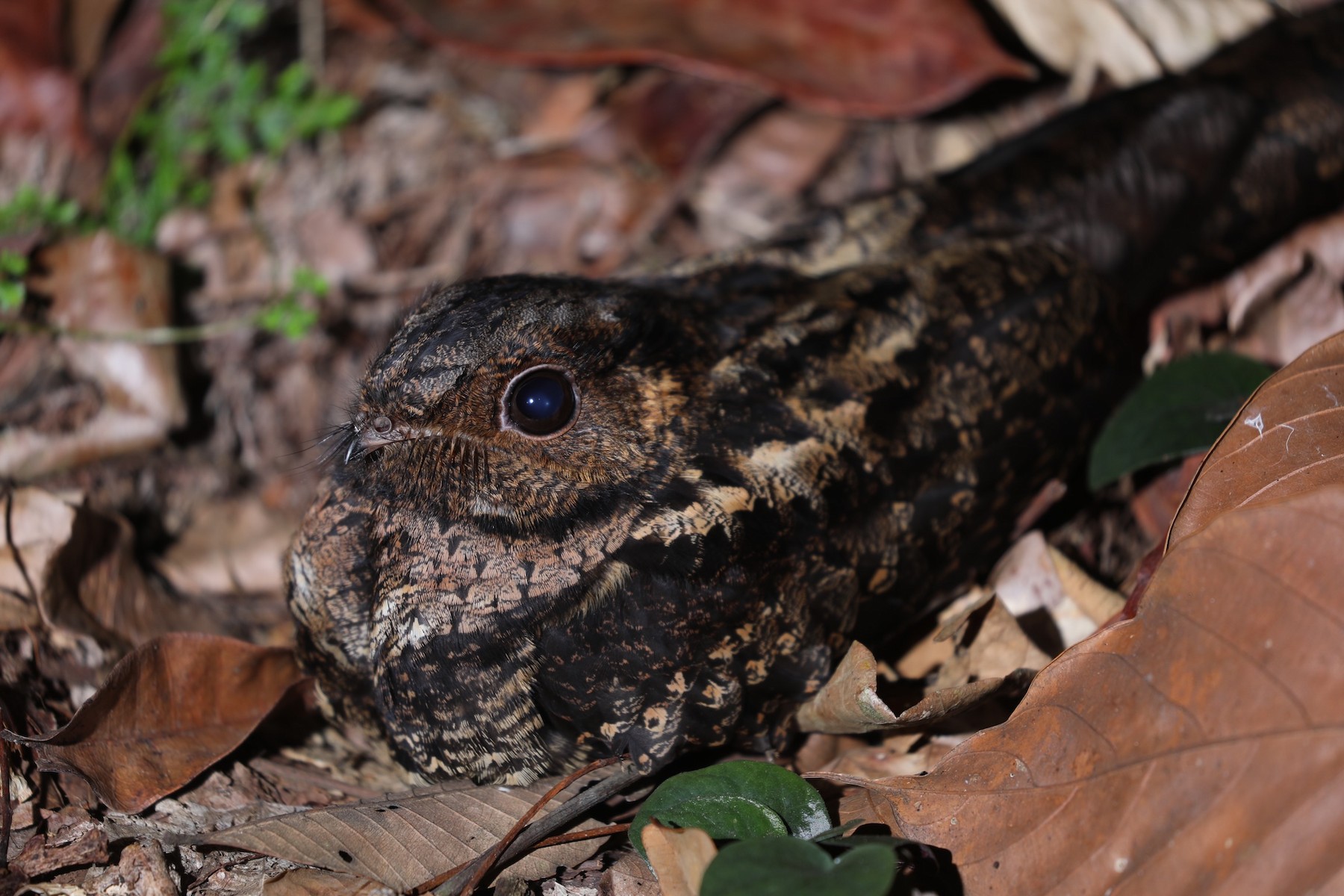 Large, dark, long-tailed forest nightjar. Males have small white patches in the outer wings and at the corners of the tail; females have all-dark wings and can show small buff tail corners. Found in lowland rainforest, including forest edge and clearings. The distinctive vocalization is usually given from a tree: a single barking “kow,” followed after a pause by a quick series of several similar notes. Found in the same habitat as Brown Nightjar, but larger and longer-tailed; males further distinguished by the pale patches in the wing and tail.