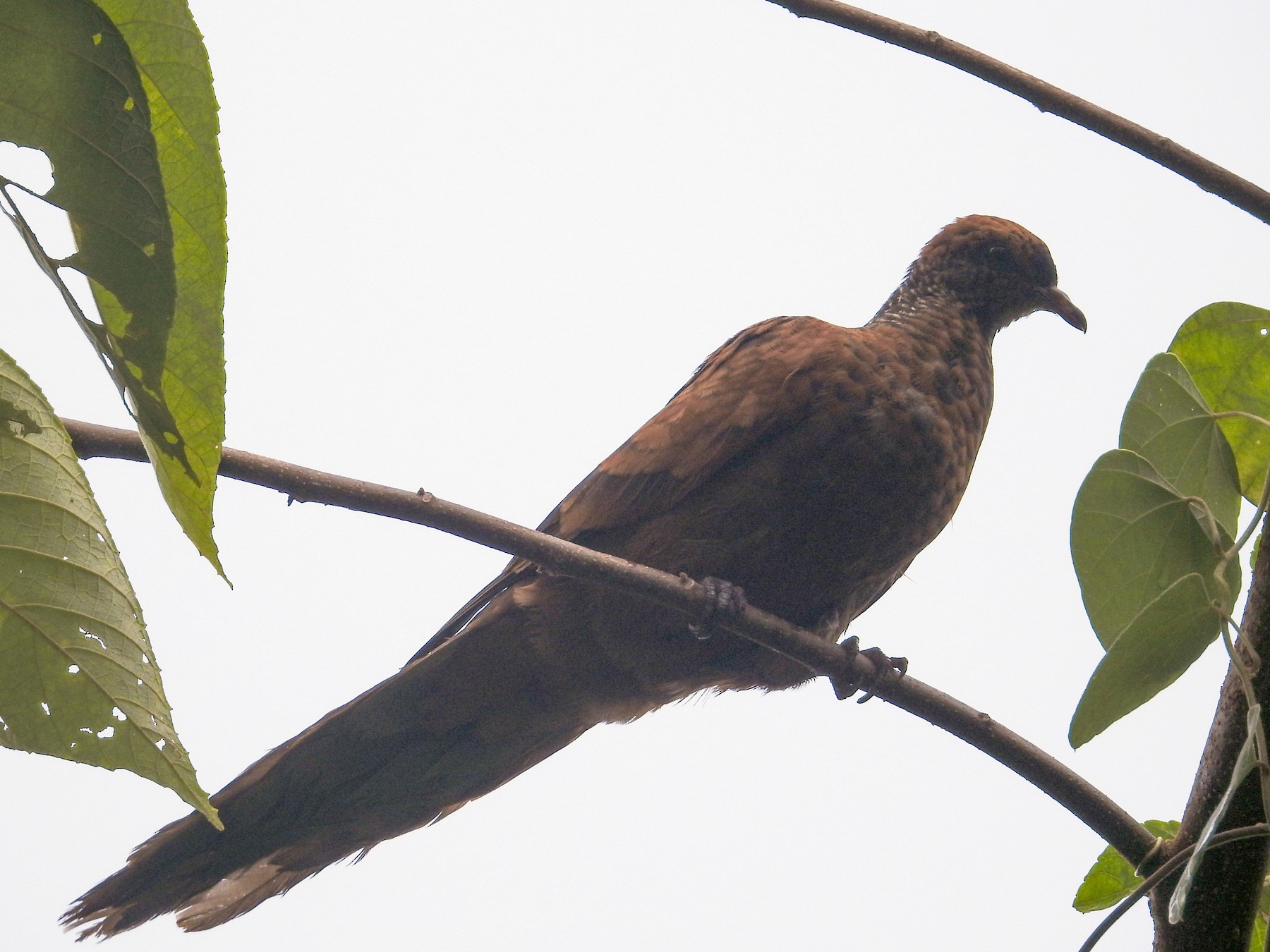 Endemic to the Barusan Islands, off Sumatra’s northwest coast. Dark gingery brown overall, with a slightly lighter head. The only cuckoo-dove on the Barusans, except for Simeulue, where Little Cuckoo-Dove also occurs; note Barusan’s larger size and darker rust-brown chest. Inhabits forested areas in the lowlands and foothills of the Barusans. Similar in habits to other cuckoo-doves: shy and sluggish, typically foraging singly in the middle and lower levels of forest. Gives a three-part series of cooing hoots, “woo-woo-wooOOH”; may sound like just one rising hoot at a distance.