Evening Grosbeaks (Coccothraustes vespertinus) are nomadic and understudied birds that have been declining across the continent for several decades. All three of these traits contributed to my decision to make this beautiful species the focus of my Ph.D. dissertation at the University of California, Davis.

Being nomadic means that there is little or no seasonal predictability in the distance or direction of the movements these birds make. This differs from more classic migratory species that can be counted on to be moving north in spring, not moving very much in summer, moving south in autumn, and then again not moving much during the winter. Instead, nomadic movements allow a species to take advantage of food resources that occur in unpredictable locations and at unpredictable times of year. In the eastern half of North America, in particular, these nomadic movements are what allow Evening Grosbeaks to take advantage of major insect outbreaks like those of the spruce budworm which occur in patches scattered across a large geographic landscape. Fascinatingly, Evening Grosbeaks numbers have been observed to increase in a location even before foresters notice damage to the vegetation, so how do the birds know where and when to go? No one knows.

An important aspect of the biology of any species is determining how many distinct populations exist. When the population structure is known, accurate naming of subspecies can occur. Identifying population structure and subspecies status also allows for the conservation status of the different populations or subspecies to be determined, and if some are declining, those groups can be specifically protected. In the past, there has been some variation in how many subspecies of Evening Grosbeak exist. In 1874, only two subspecies were recognized an eastern subspecies and a western subspecies. In 1917, Joseph Grinnell split the western subspecies in four making a total of five recognized subspecies. Then in 1957, the American Ornithologists Union combined some of Grinnell’s subspecies leaving a total of three recognized subspecies which are still recognized today. However, all these changes were based on variations in the physical characteristics (such as plumage and bill size and shape) of birds found in different parts of the continent. In 2004, Kendra Sewall, Rod Kelsey, and my advisor, Tom Hahn, noticed that birds in different parts of the continent produced flight calls that sounded subtly different. Upon closer examination, they found that there were five different flight call variants, called types, and that the distribution of these types roughly matched the distribution of Grinnell’s five subspecies.

One facet of my research on the Evening Grosbeak that I aim to strengthen is my survey of exactly where the different flight call types occur and where they co-occur. Although the differences are subtle to the human ear, they are distinct enough that with practice people can identify them in the field. They are also different enough that the grosbeaks themselves can almost certainly tell them apart, and so may play an important role as a label for group membership identification and possibility in speciation.

I say “mostly” a lot in the preceding paragraph because there is a lot that we don’t know. For one thing, there is a fair bit of overlap in where the different flight call types have been recorded. In the Sierra Nevada, although most of the birds give Type 2 flight calls, some birds give Type 1 flight calls as well. In Wyoming, where Type 1 is expected, Type 1 birds are the most commonly observed, but Type 4 birds also occur in smaller numbers. There are also parts of the continent where it is not well understood what type might be the most common. The area in central Canada between Type 1 and Type 3 is filled with question marks. Nevada and Utah are between the Type 1, Type 2, and Type 4 regions. This area does not have a lot of Evening Grosbeak habitat, but it seems plausible that the species does occur on high mountain ridges. Grosbeaks may or may not breed there, but even knowing what types of birds pass through the area would be interesting. Another huge area of unknowns involves Type 5. Very little research has been done on where Type 5 Evening Grosbeaks occur. Even the portion of the range that is in the U.S. in Arizona and possibly New Mexico is not well established. 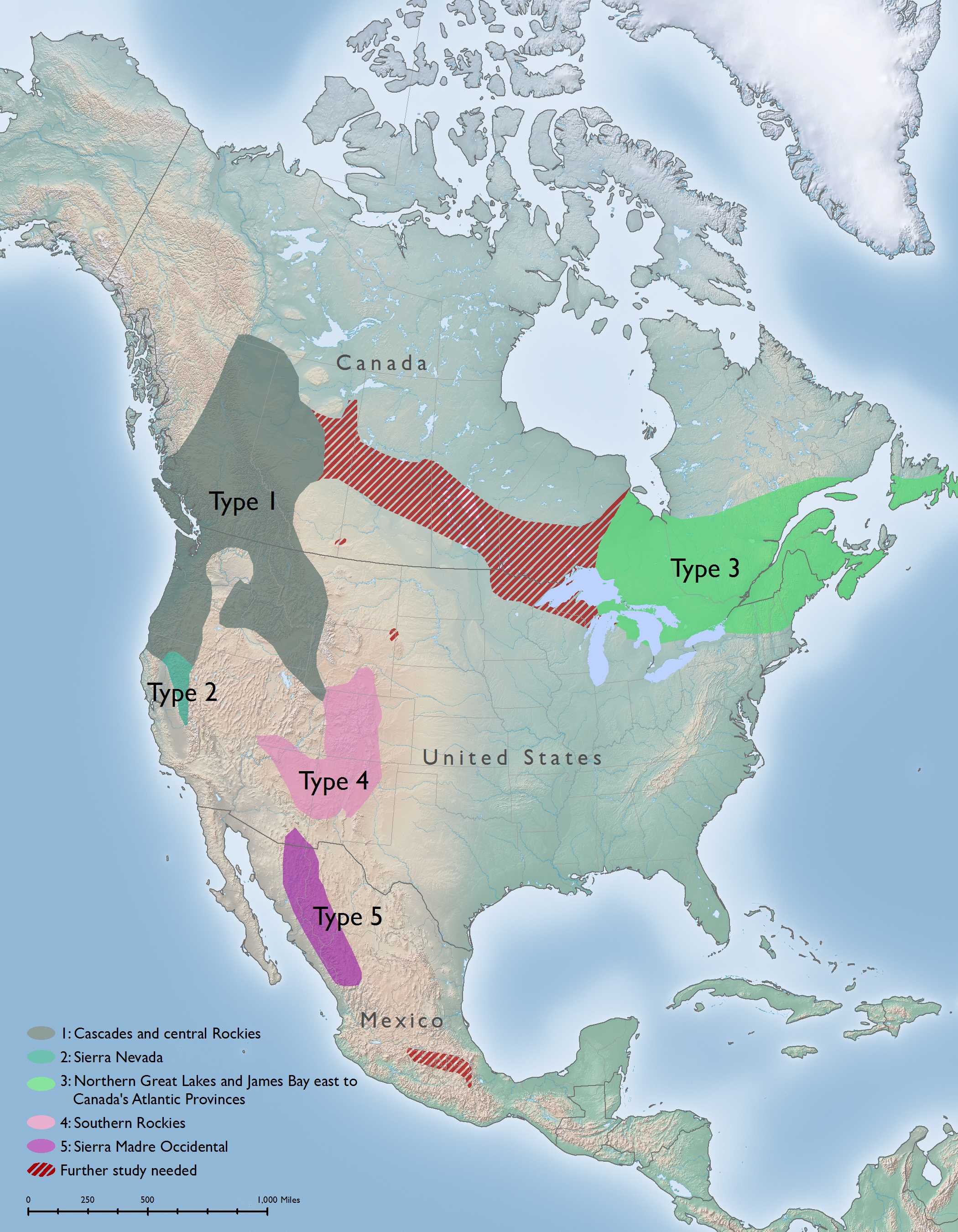 So here is my call for aid. I want to collect information on the flight calls of Evening Grosbeaks across North America. This will take a very long time if I do it all myself, but I am hoping that you might be willing to help. There are two ways you can help.

First, if you encounter Evening Grosbeaks see if you can make an audio recording of a calling grosbeak. Your recording device does not have to be fancy. I have gotten terrific recordings off the recorders in digital cameras and smart phones, so you probably already have, in your pocket, all the technology you need. I am looking for any recordings at all, so recordings of individual birds or flocks will be wonderful. Second, make a note of the date, time of day, location (be as exact as possible; GPS locations would be great), and flock size of your recordings, and send it all to me at: anhaiman@ucdavis.edu

This is going to be a long and slow accumulation of knowledge, and that’s why I am starting now. I will be collecting this information for years. Don’t worry about being too late—the data will always be of use, whenever you submit it. Thanks in advance!