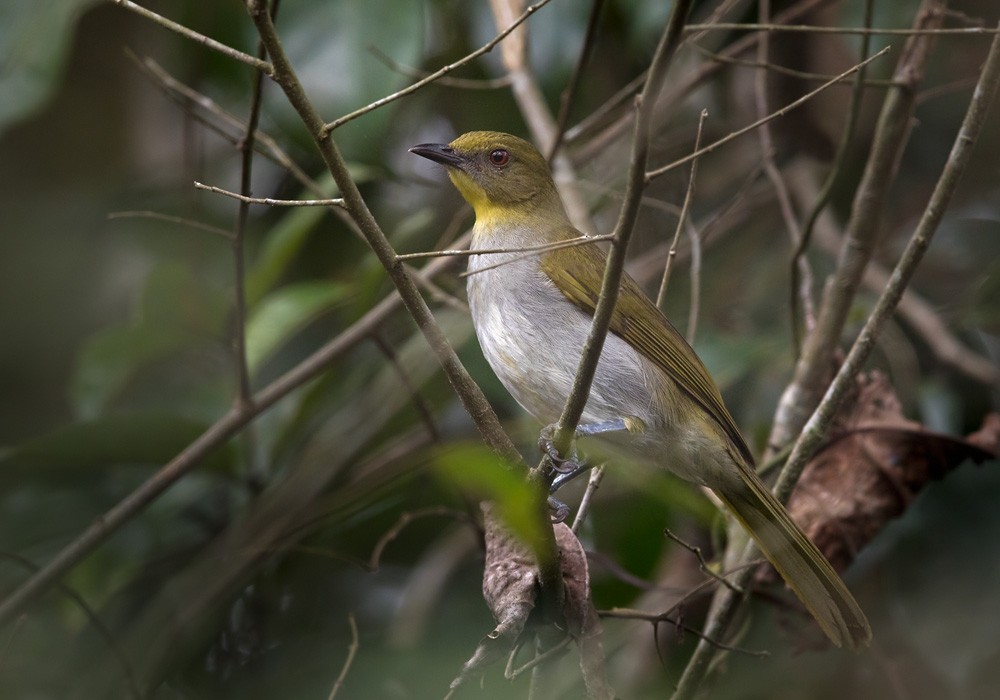 A medium-sized greenbul of thickets and tangles that prefers edge and semi-disturbed habitats. Most often seen in pairs or small family groups, but it will occasionally join other species in flocks. Gray below except for a bright yellow throat, and uniformly yellow-green above with reddish eyes. Most likely to be confused with the similarly named Yellow-throated Greenbul, which usually has a paler whitish throat in areas where the two species overlap. Yellow-necked Greenbuls can be distinguished by their uniformly gray underparts, brighter olive-green upperparts, dark red eyes, and consistently bright yellow throats. Voice is a variable subdued chatter, “kur-ku-kurkwu.”