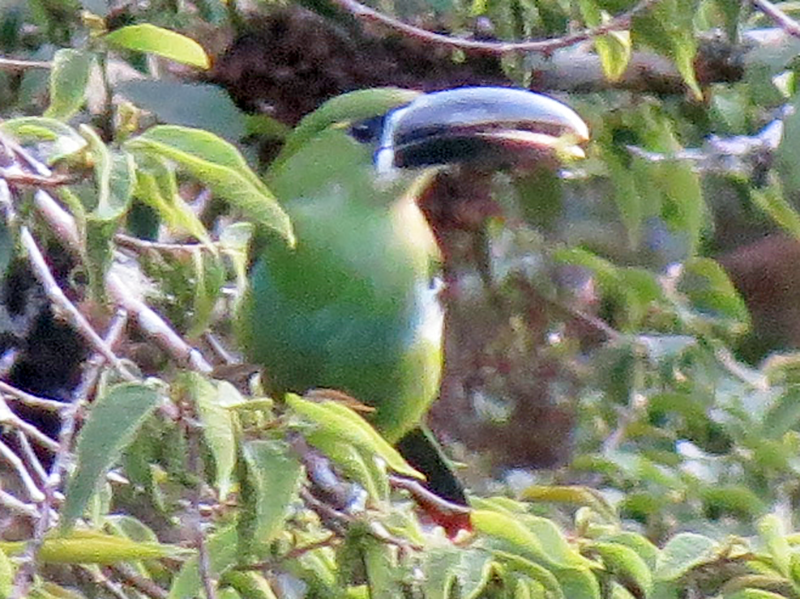 Small, green toucan found only in remote regions along the east slope of the Andes in northern Peru. Most of its cloud forest habitat is currently inaccessible without a serious expedition, so few birders have ever encountered this rare species. Plumage is mostly green with a red rump and tail tip, a white throat, anda blue breast-band. Distinguished from Blue-banded Toucanet by the yellow (not white) streak above the eye and the vertical white stripe at the base of the bill. Mostly black bill and blue breast-band help separate it from Southern Emerald-Toucanet and Chestnut-tipped Toucanet.