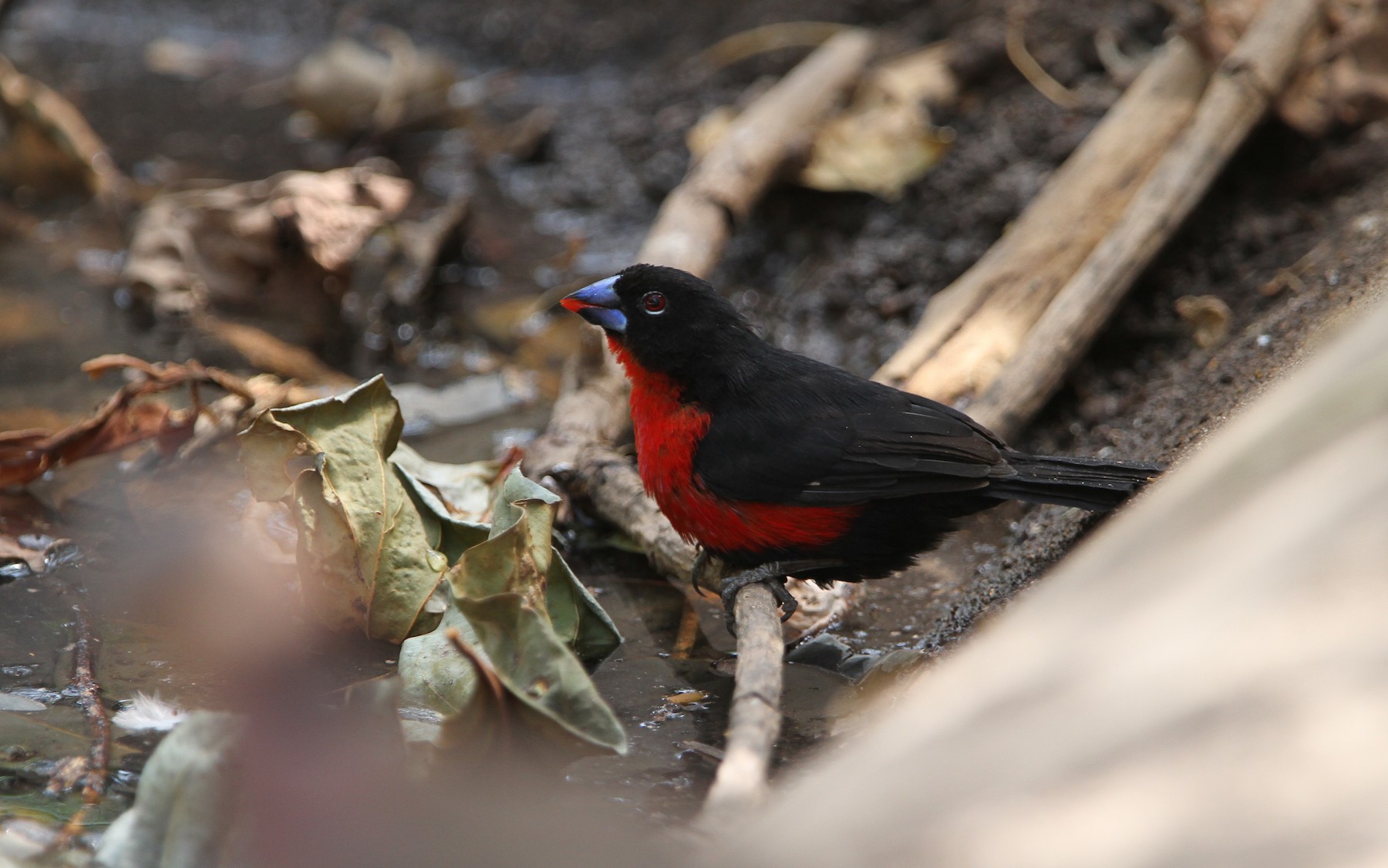 A stout-billed, boldly patterned finch of forest understory and overgrown areas near the forest edge, often found near water. Can occur alone or in mixed-species flocks. Note the blue bill, the bright red underparts, and the black back. Males have black heads and bellies, whereas females have red faces and white-spotted black bellies. Western Bluebill is the only bluebill or seedcracker in which the male has a black head. Calls include high-pitched whistles: “psiu.” Songs include longer series of clear whistles with varying pitch.