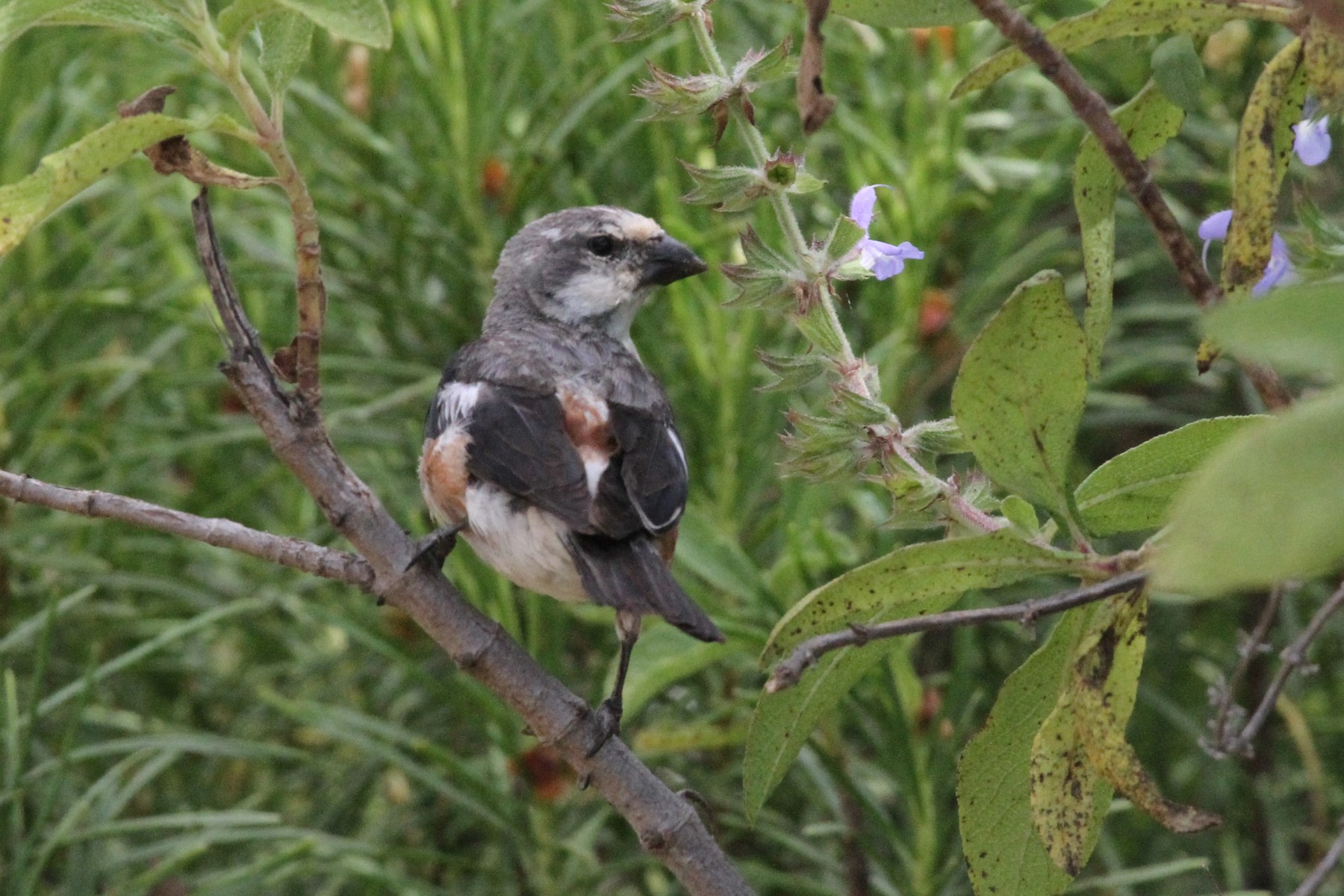 A fine-billed finch with a notched tail. Neatly patterned mostly in gray and white, with black wings and tail and a rufous lower back and thighs. Male has a striking white eyebrow, lower cheek patch, wing notch, and rump. Female is duller, with a less striking facial pattern; juvenile is buffier and streakier. A rare resident in the hilly Daalo and Mash Caleed regions of northern Somalia, where it prefers degraded juniper forest and other woodland and scrub between 1200 and 2400 meters of elevation. Forages on the ground in pairs or small groups, and perches on exposed branches and dead trees. Sings a typical canary-like song with whistles, trills, and buzzes. Calls include a high-pitched “tsee-wit.” Streaky juvenile could be confused with a canary, but white in the wing is distinctive.