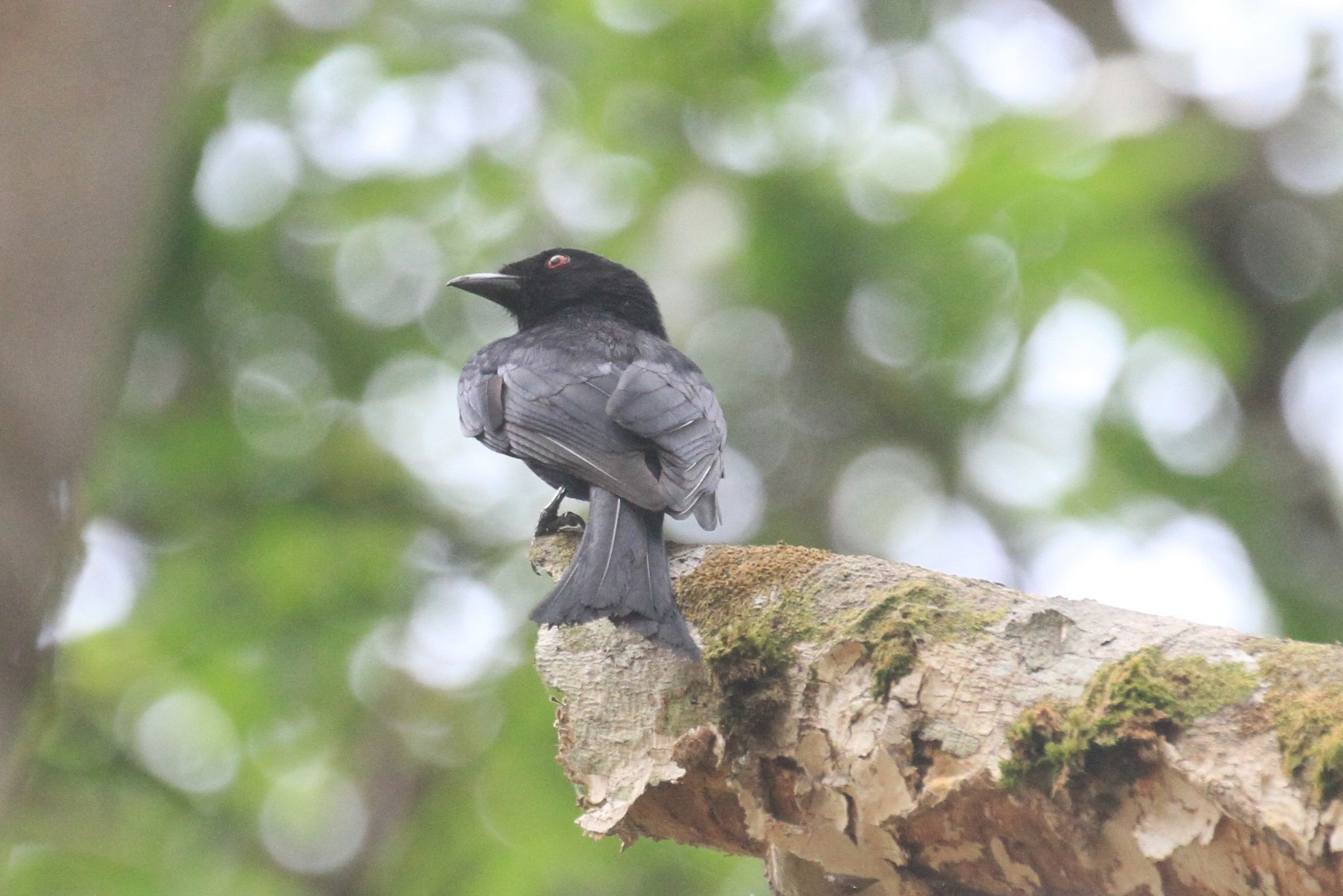 Large drongo with a strongly forked tail. Found in forest, usually in the canopy, often on prominent, open perches. Often in pairs. Very similar to Glossy-backed Drongo, but has a less glossy black back that contrasts with the glossy wing, and a more deeply forked tail. Also found in forest rather than savanna habitats. Very similar to Velvet-mantled Drongo, but there is little or no overlap in range. Similar to Shining Drongo, but has a strongly forked tail and less glossy plumage, and is found in the canopy rather than at middle levels of the forest. Song is an explosive and highly variable mix of whistles, squeals, and rasps.