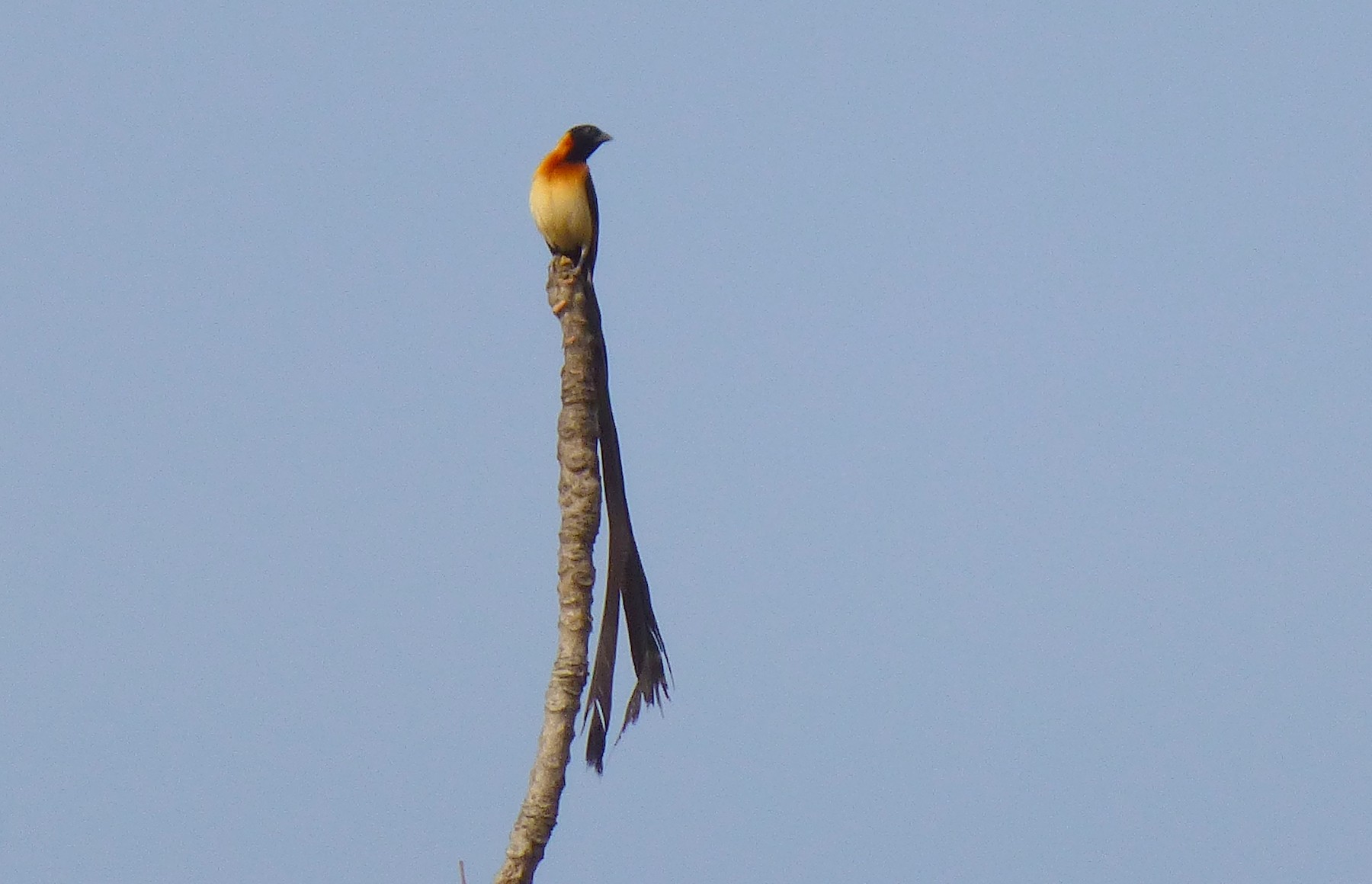 A nest parasite that lays its eggs in the nests of Yellow-winged Pytilias. As with other whydahs, breeding males are spectacular and bizarre, whereas non-breeding males and females are drab and inconspicuous. Breeding males are mostly black with a rufous breast, a yellow back of the neck, and a long, narrow tail. Non-breeding male and female plumages are poorly known, but show a streaky brownish back and pale underparts. Generally scarce and local in savanna and cultivated areas. Breeding male similar to other paradise-whydahs, but has a longer and narrower tail. Separation of non-breeding male and female from other paradise-whydahs is poorly understood. Not very vocal, but does mimic Yellow-winged Pytilia vocalizations, which include simple, nasal “teew” notes.