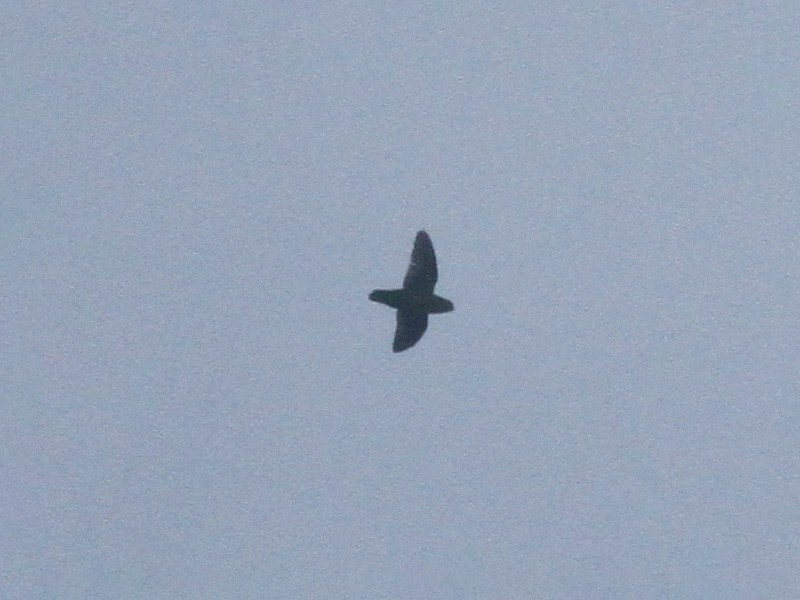 The most numerous small parrot in the tepui highlands. Plumage entirely green with somewhat darker wings and a distinctive pale crescent below eye. Inhabits humid forest at upper elevations, but occasionally wanders as low as 300 m. Forages in forest canopy and up to limit of vegetation on tepui slopes, feeding on fruit and flowers, but usually seen only in flight. May form flocks of up to several hundred individuals that commute long distances between isolated mountains; such flocks are occasionally seen high overhead in intervening lowlands. Very vocal; most typical call is a high, metallic chattering. Distinguished from Green-rumped and Dusky-billed parrotlets by lack of any blue tones in plumage, longer and bulkier shape, and more grating calls; at close range, eye crescent is diagnostic.