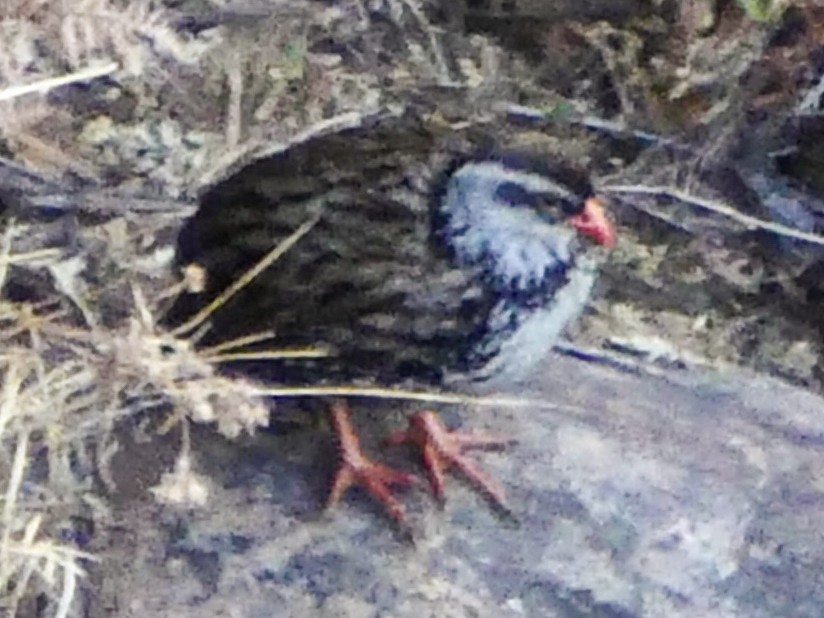 Rare and unusual francolin that is endemic to Angola. Note the red bill and legs, mostly white face, black breast band, and black-striped white underparts. Found very locally in montane forest and along forest edge, often in rocky and grassy areas. Shy and elusive. The common vocalization is a series of rough “kurr-kraak” calls that become louder and more emphatic, then fade away. Distinguished from other francolins in its range by the bold white face and black breast band.