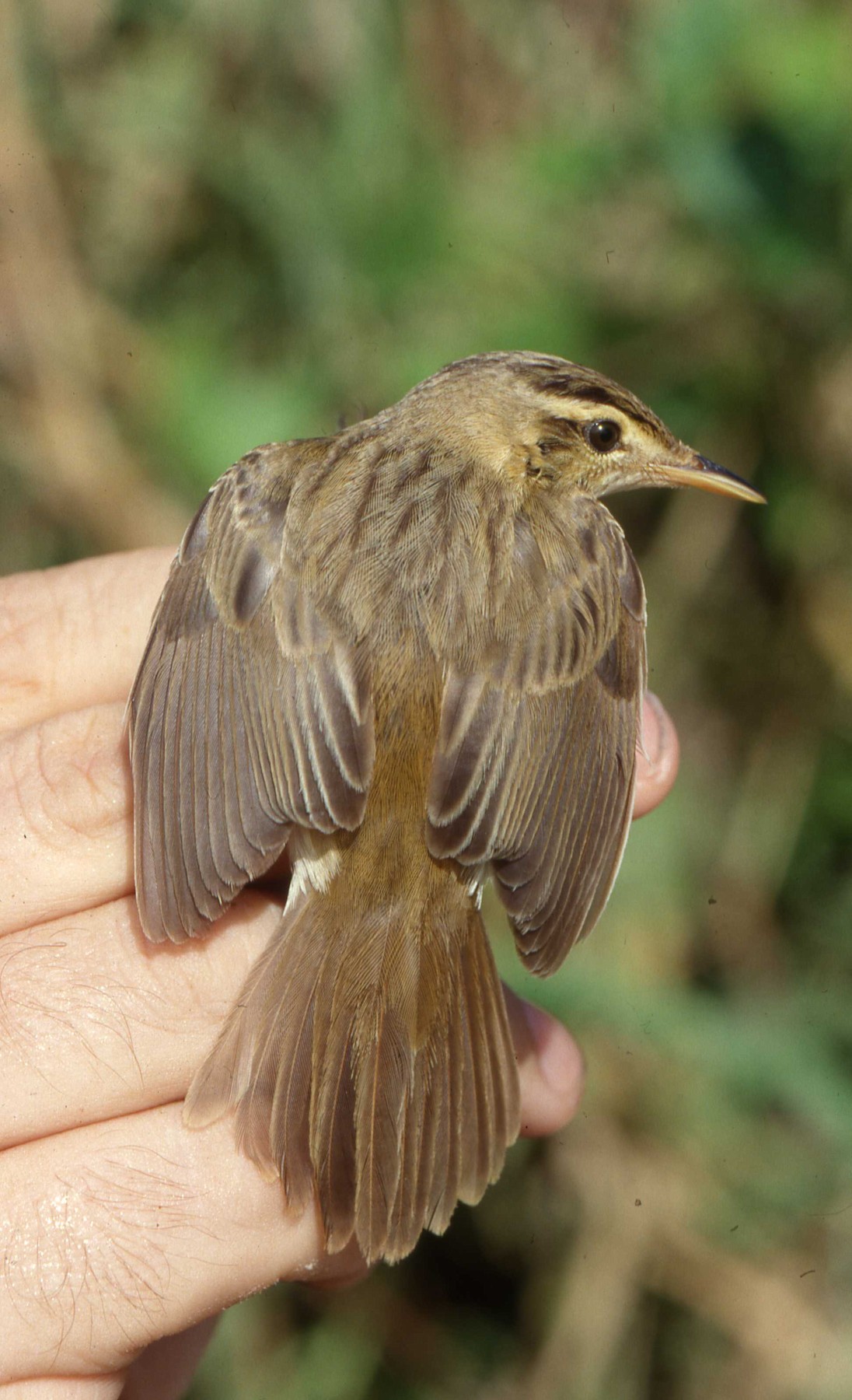 A mysterious and secretive reed warbler; formerly fairly common but now increasingly rare and possibly near extinction. The only Asian reed warbler with a streaked crown and back. Adults bear a passing resemblance to the much more common Black-browed Reed Warbler but have prominent striping all along the back and crown, a less contrasting brow pattern, and are noticeably paler in color. Recorded in marshes and wet fields on passage and during the winter, but breeding grounds remain unknown. Gives a rattling, grating song akin to a Oriental Reed Warbler, but reportedly quieter.