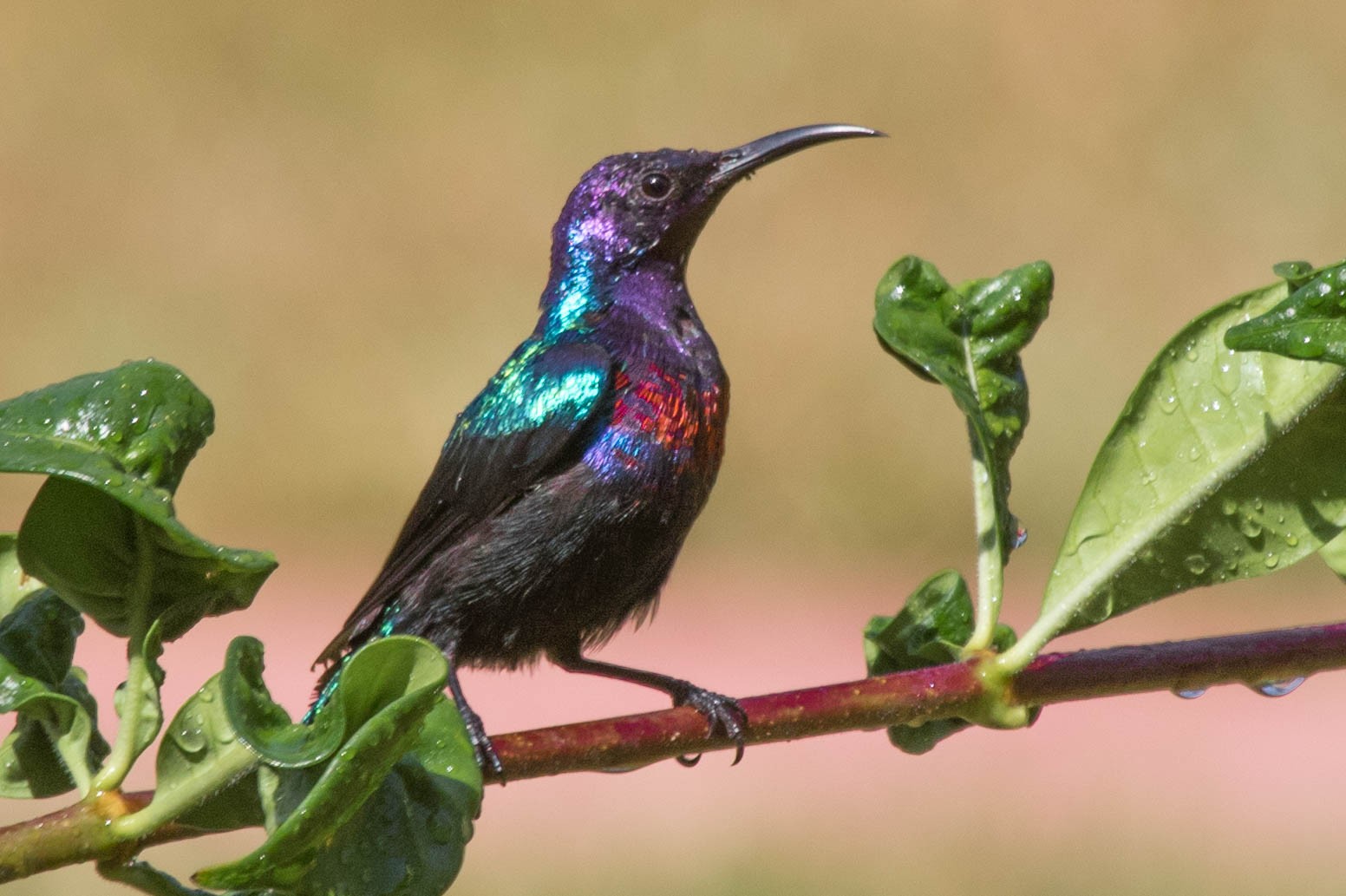 A fairly large, long-billed sunbird in which males and females are very different. Males are dark, with an iridescent multi-colored hood and a black belly. Females have olive-brown upperparts, yellowish underparts with blurry streaking, and a vague pale eye-stripe. Found in lush savanna, gardens, coastal scrub, forest clearings, and forest edge. Male similar to male Superb and Johanna’s Sunbird, but separated by the black rather than red belly. Female similar to female Copper Sunbird, but more streaked below, with a less distinct pale eyebrow. The song is a slow series of several low-pitched whistled notes. The most common call is a repeated scratchy scolding.