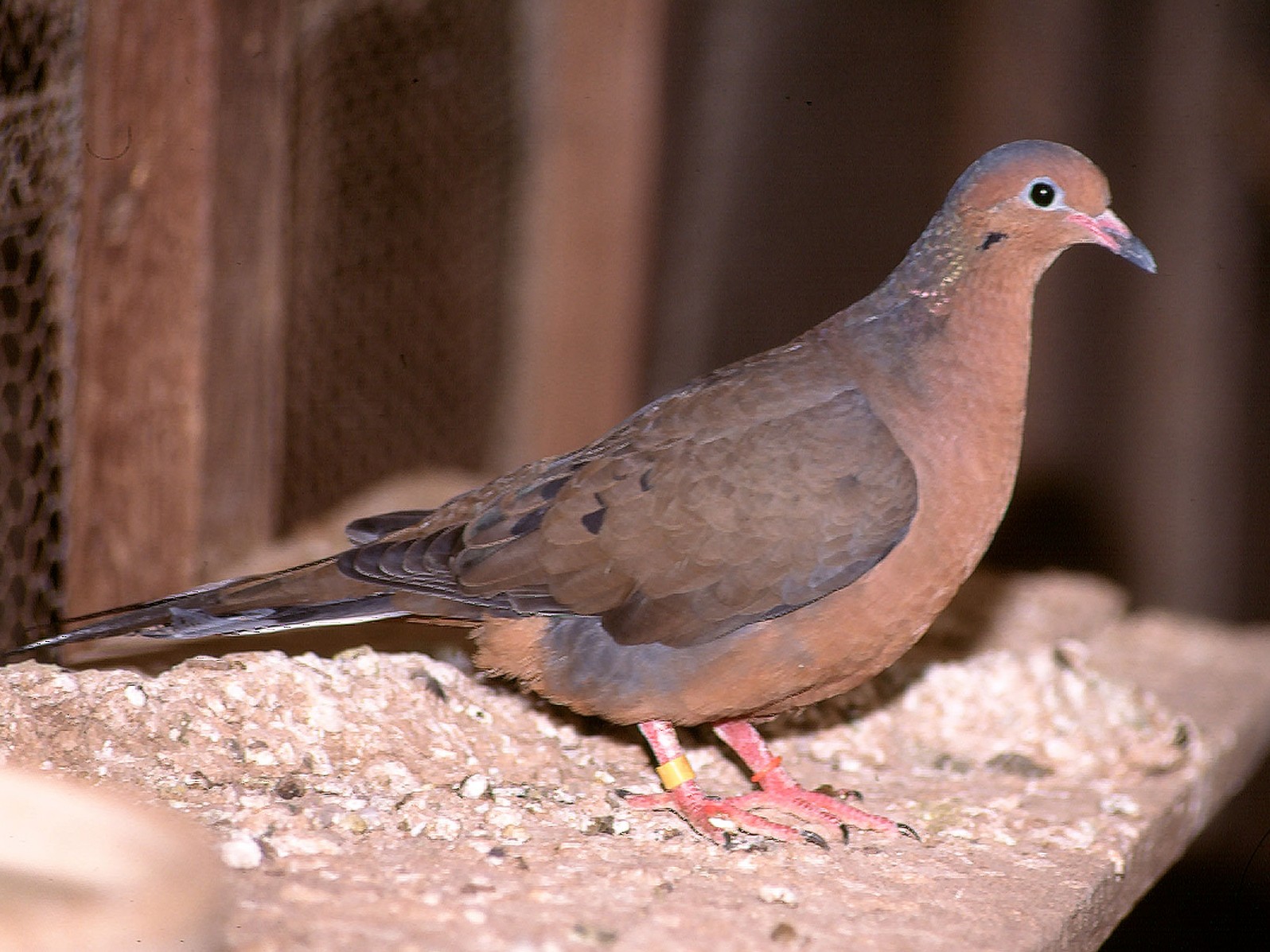 Slender dove native to Socorro Island, located in the Pacific Ocean 360 miles from mainland Mexico. It was wiped out due to introduced feral cats and habitat loss, and last seen there in the seventies. Fortunately it still survives in captivity, and plans are underway to reintroduce it back into its ancestral homeland in the future. Plumage is mostly coppery-brown with a dark ear patch, black spots on the wings, and white in the tail. Iridescent feathers on the side of the neck can look violet or green depending on the light.