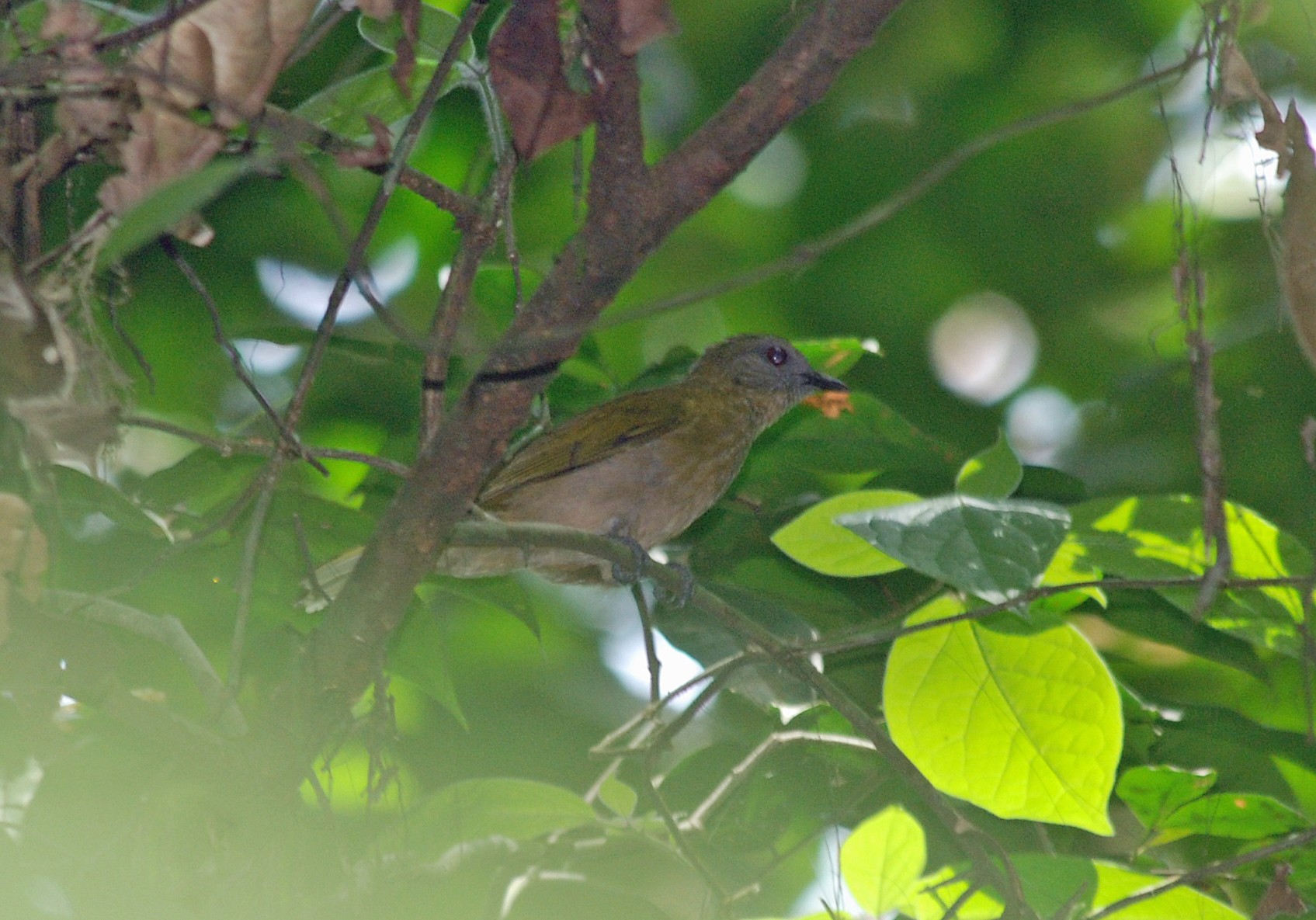 A unusual dark greenbul often found near water in the forest interior. Decorated in various shades of dark and olive green, with a gray throat that contrasts with the breast, a buffy belly, and bright white sides of the tail. Can be confused with both Honeyguide Greenbul and actual honeyguides, but the flight is direct rather than undulating, the throat contrasts with the breast, the eyes are always dark, and the vocalizations are distinctive. Can be located by its “REHR!” calls, often followed by a series of fast, scratchy notes and sometimes repeated for minutes on end.