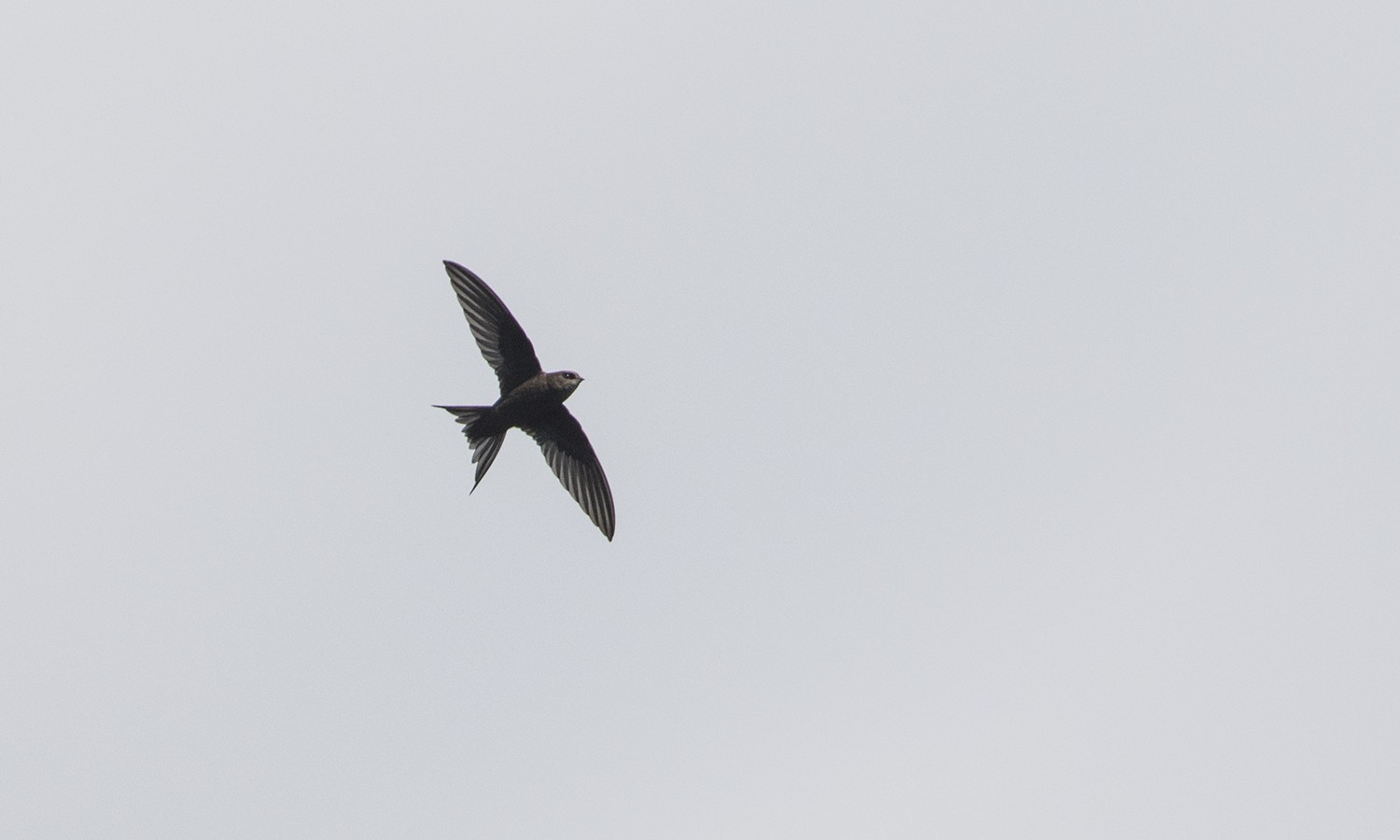 Medium-sized, uniformly dark swift with a long, thin tail. Overall coloration is pale gray with a paler throat, but often looks blackish when seen in flight overhead. Flight is fluttering and not very strong. Found over a wide variety of habitats at middle and high elevations. Usually in flocks, sometimes mixed with other swift species. The call is a mellow, chirping trill. Similar to African Palm-Swift, but darker. Very similar in shape to White-rumped Swift, but lacks white throat and rump patches. Can be mistaken for other swift species such as African and Common Swifts, but has slimmer body, longer and slimmer tail, and less powerful flight style.