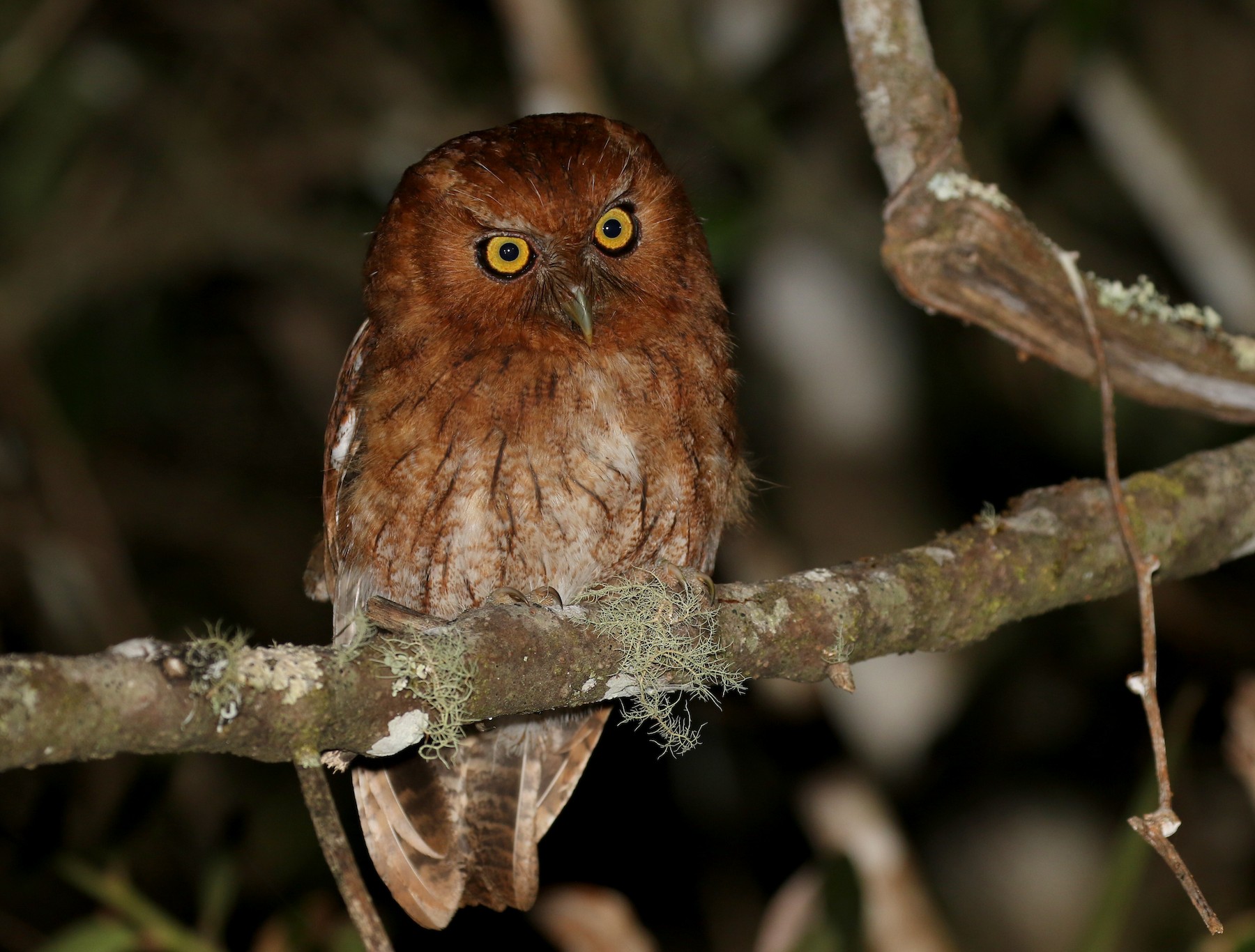 Small owl restricted to cloud forest in Colombia’s Santa Marta Mountains. Plumage is almost identical to that of Tropical Screech-Owl, with which it was confused until differences in voice were noted. Color is variable and ranges from dull brown to rusty. Typical song is a rapid series of soft notes that rises and then falls in pitch; it is much longer and steadier than the song of Tropical Screech-Owl, which is found in lower and drier parts of the mountains. Regularly encountered in and around El Dorado Nature Reserve.