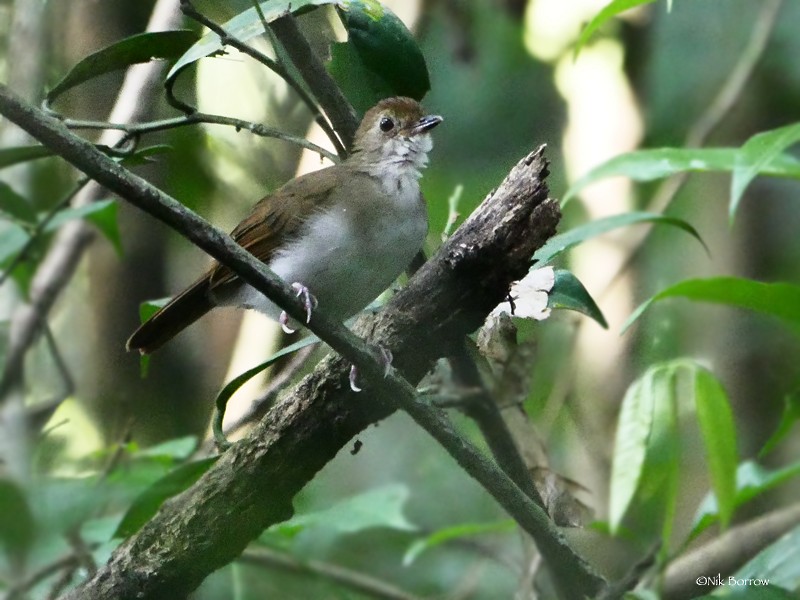 A mid-sized, chunky, drably colored babbler. Has a white throat and pale gray underparts, often with some darker olive-brown on the breast. Found in the understory of rainforest at low and middle elevations, usually in pairs. Shy and skulking, and rarely seen unless searched for. Similar to other illadopsises, and best located and distinguished by voice. Visually most similar to Puvel’s Illadopsis, but found in different habitat, slightly smaller, and grayer, less buffy, on the underparts. Paler below than Brown or Pale-breasted Illadopsises. Most often detected by distinctive voice: a series of several whistles in an up then down pattern that is weirdly reminiscent of trying to start a car.