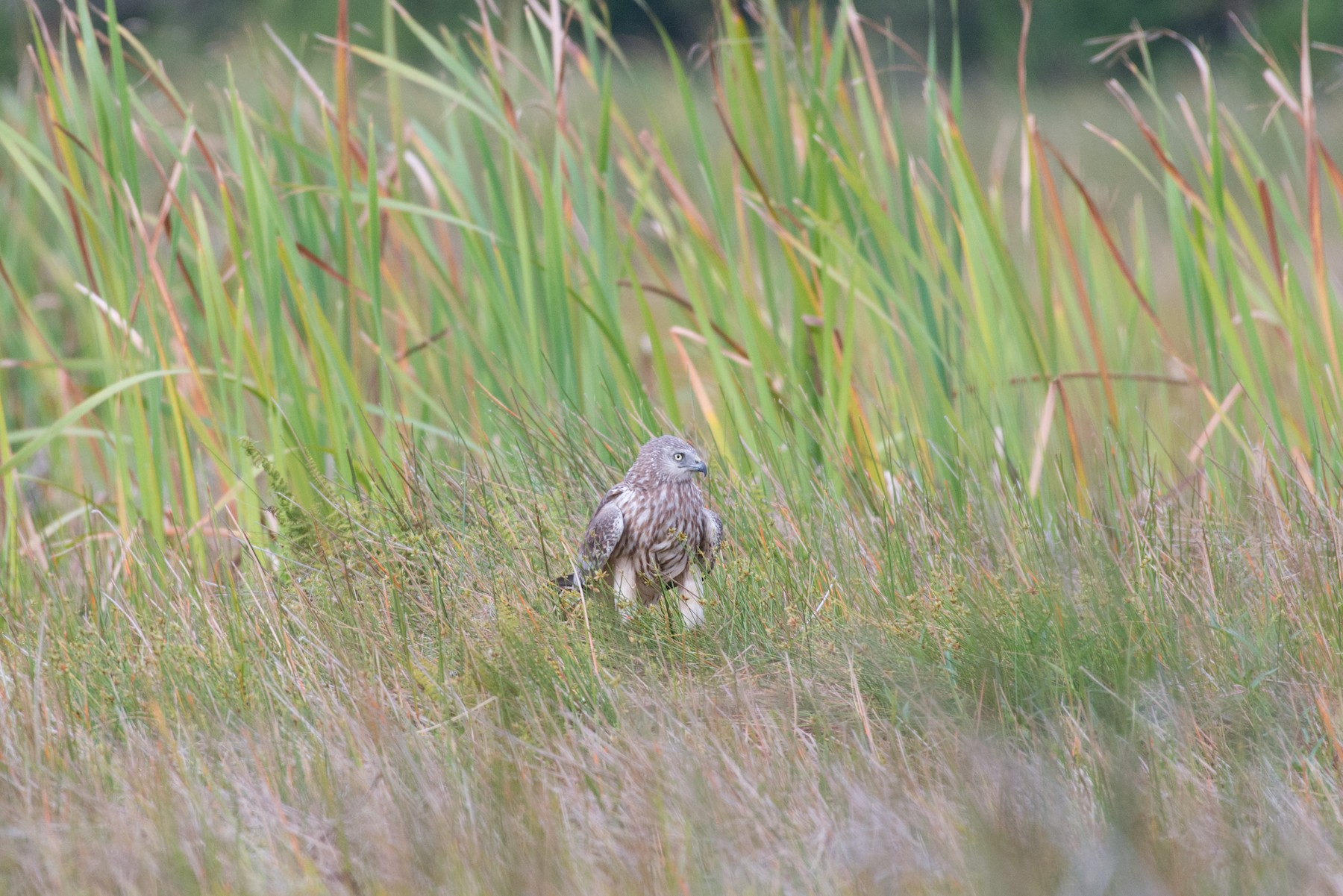 A typical harrier, with long slender wings and tail and graceful swooping flight. Male has pale gray panels in the wings, while female is browner and more uniform. Found mainly in open habitats, including marsh and montane grassland. Occasionally seen flying over forest. Spends long periods on the wing and is rarely seen perched. Most often confused with Black Kite, but has longer wings, a longer, narrower, and un-forked tail, a white rump, and pale underparts. Coloration overall similar to other raptors like Madagascar Buzzard, but lanky harrier shape is distinctive.