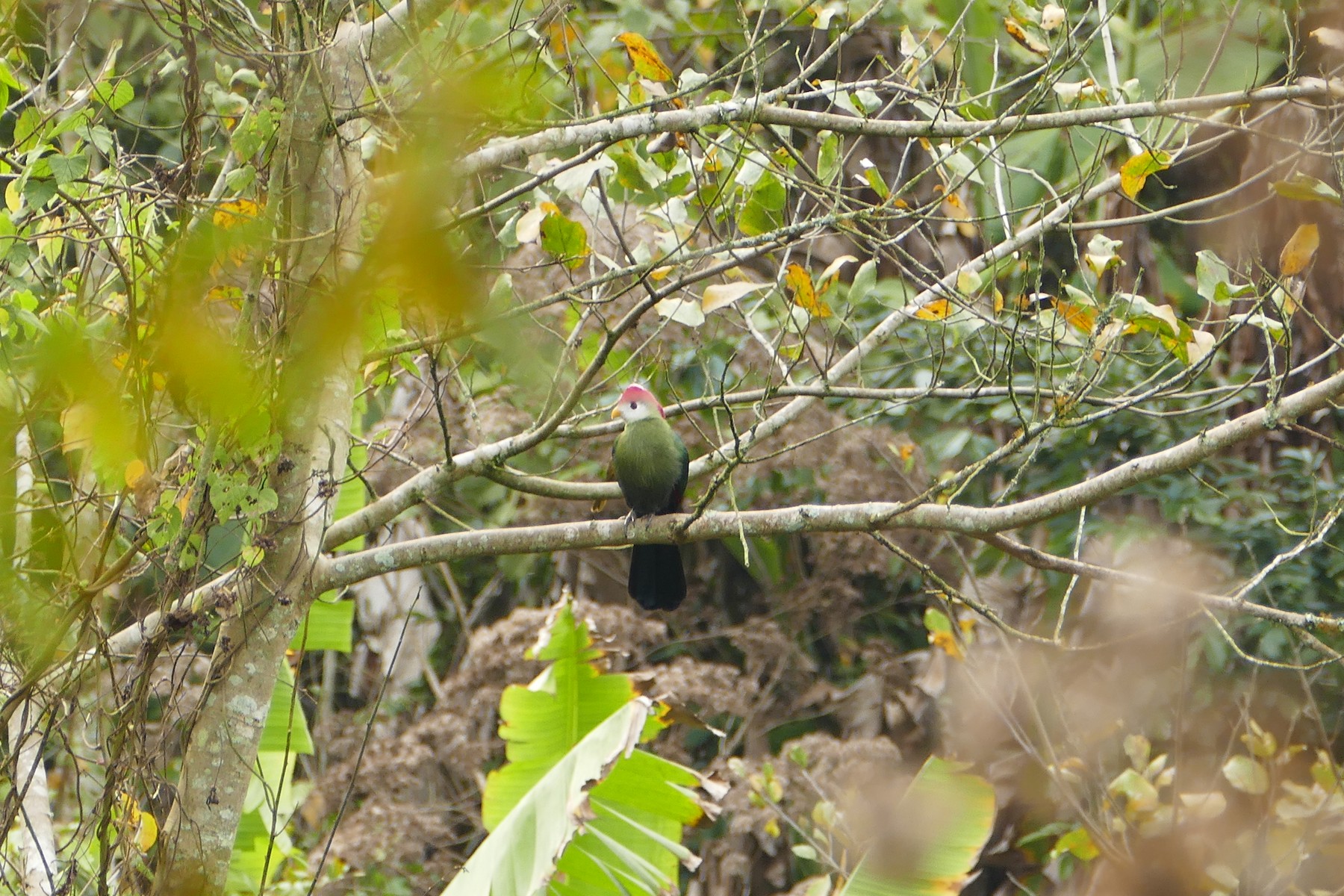 A long-tailed, bulky greenish turaco with a yellow bill, a red crest (sometimes tipped white) extending down the nape, and a whitish face. In flight, it explodes from the canopy, showing distinctive deep red panels in the wings. Pairs or small groups bounce agilely through gallery forest canopies and the edge of Miombo woodland. Restricted to the Angola escarpment. Presence often revealed by its song, which lasts about 10 seconds: a whooping “hooooah” followed by 7–10 harsh croaking repeated “khaaar” notes; higher-pitched than songs of most other turacos. It is the only turaco within its range with a red crest.