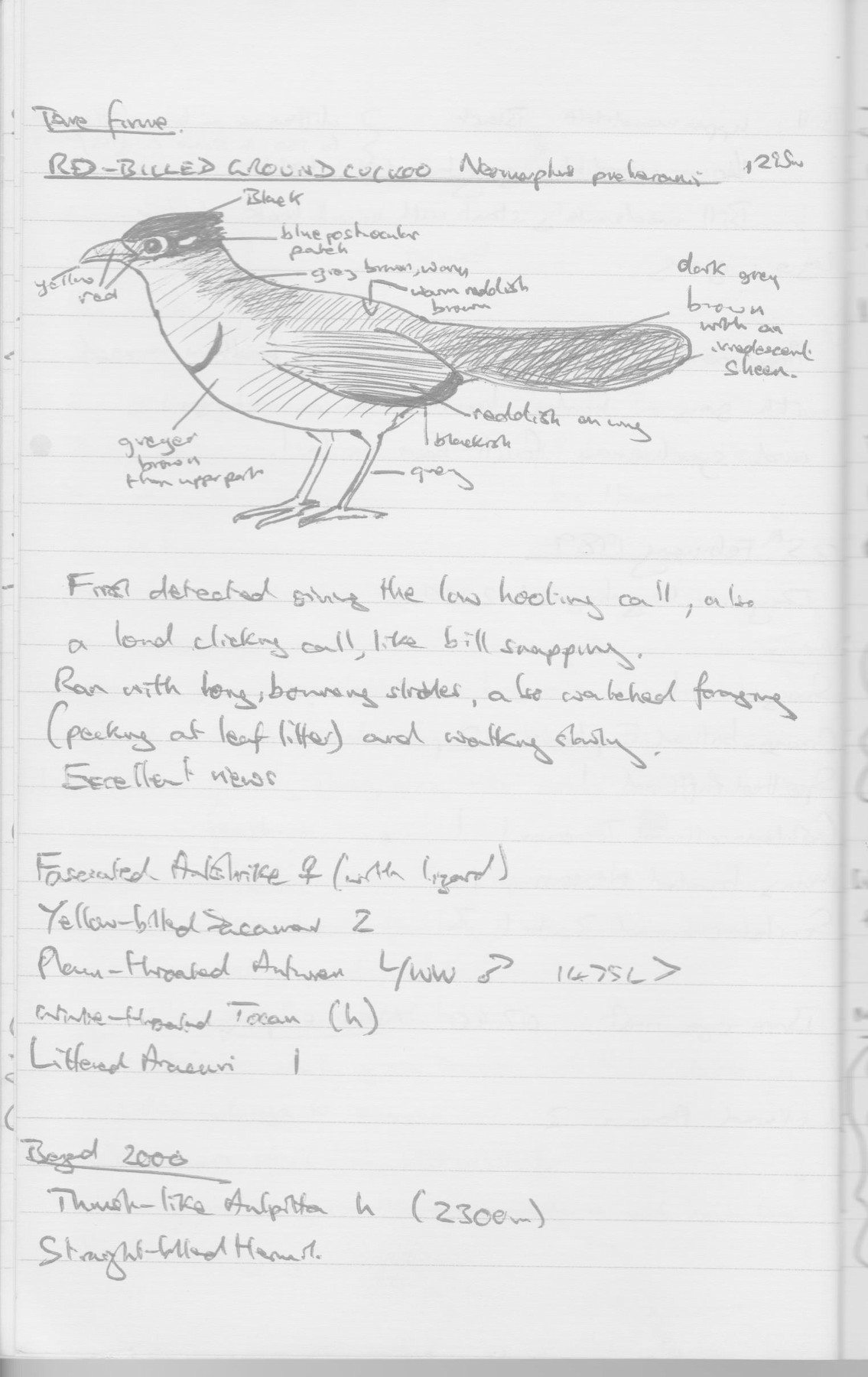 Impressive roadrunner-like cuckoo found in Amazonian rainforest. Large and long-tailed, with a red bill tipped with yellow and a red face. Upperparts are bronzy green with chestnut wings and a black cap, and underparts are mostly gray with a black breast band (indistinct on some birds) and faint barring on the throat. Distinguished from Rufous-vented Ground-Cuckoo by Red-billed’s mostly red bill, red face, completely black crown, and chestnut wings. Rarely encountered and poorly known, but like other ground-cuckoos it is terrestrial and most likely to be encountered when following swarms of army ants. Song is a very low, rising “who?” that is repeated every few seconds; also gives loud bill snaps.