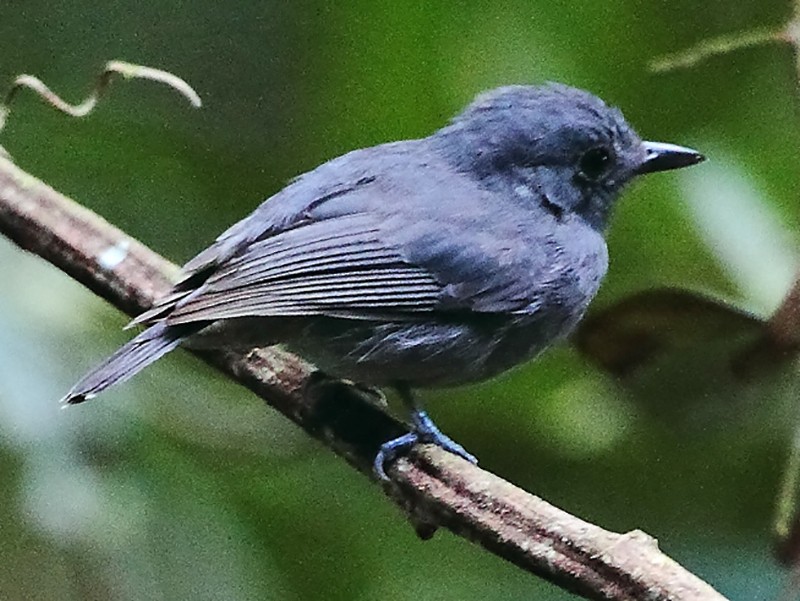 Small, rare antbird found in lush cloud forest along the east slope of the Andes and in the tepui region of Venezuela, Guyana, and extreme northern Brazil. Male is dark gray with black throat and breast; extent of black is geographically variable. Female is brown with a pale throat. Similar to Slaty Antwren but lacks wing markings. Inhabits forest understory, where often encountered with mixed-species flocks. Song is a series of four to ten soft whistles.