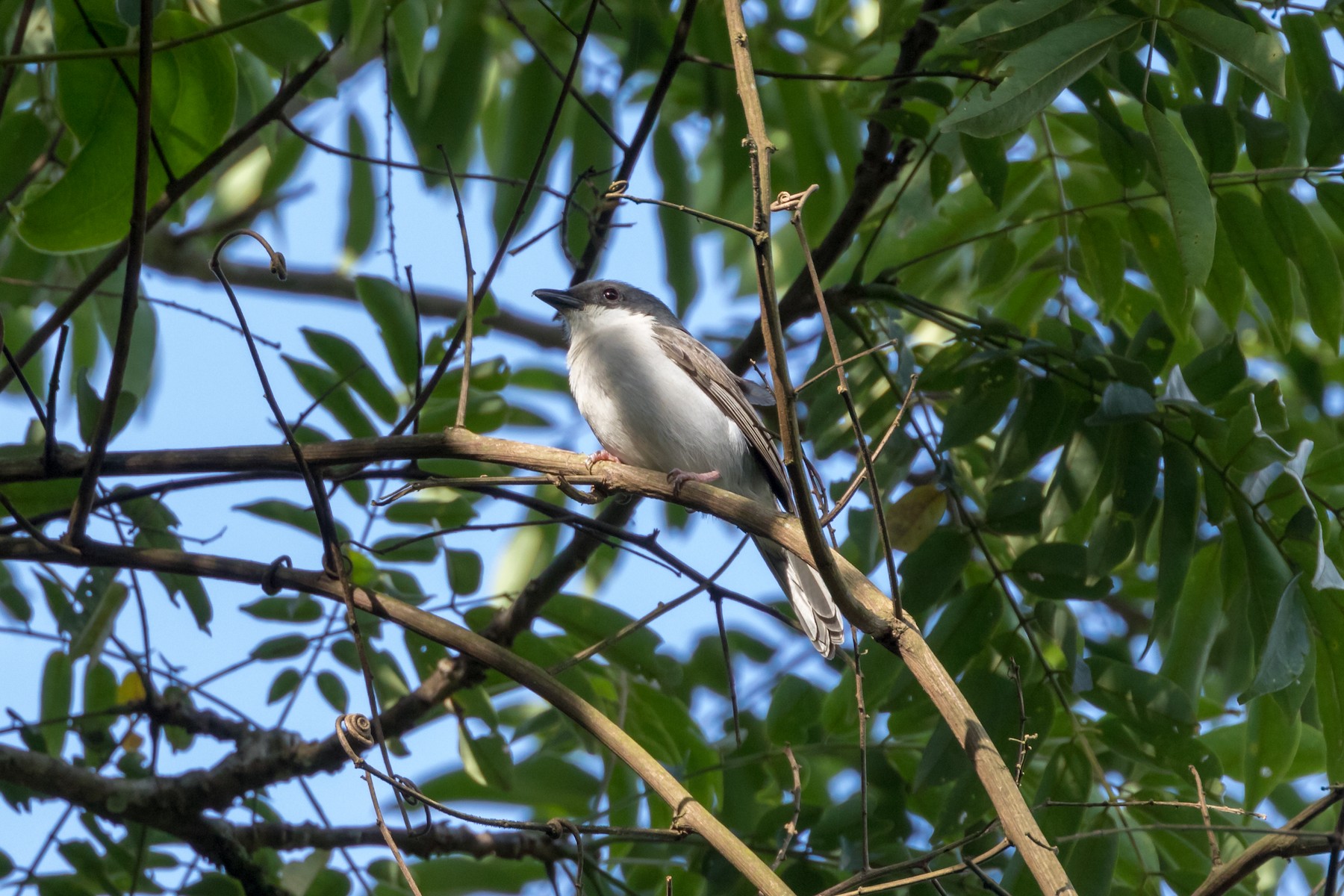 Small bushshrike in which males and females are very different. Males are mostly black and gray, with white on the throat. Females are brown on the back, gray on the head, and buff below. Found in mountain and hill forest. Sometimes joins mixed-species flocks. The most common vocalization is a rising “cheeeu,” but also gives scolding and ratcheting calls. Somewhat similar to Sabine’s Puffback, but males separated by the gray rump and underparts, and females separated by their smaller size and less rufous coloration.