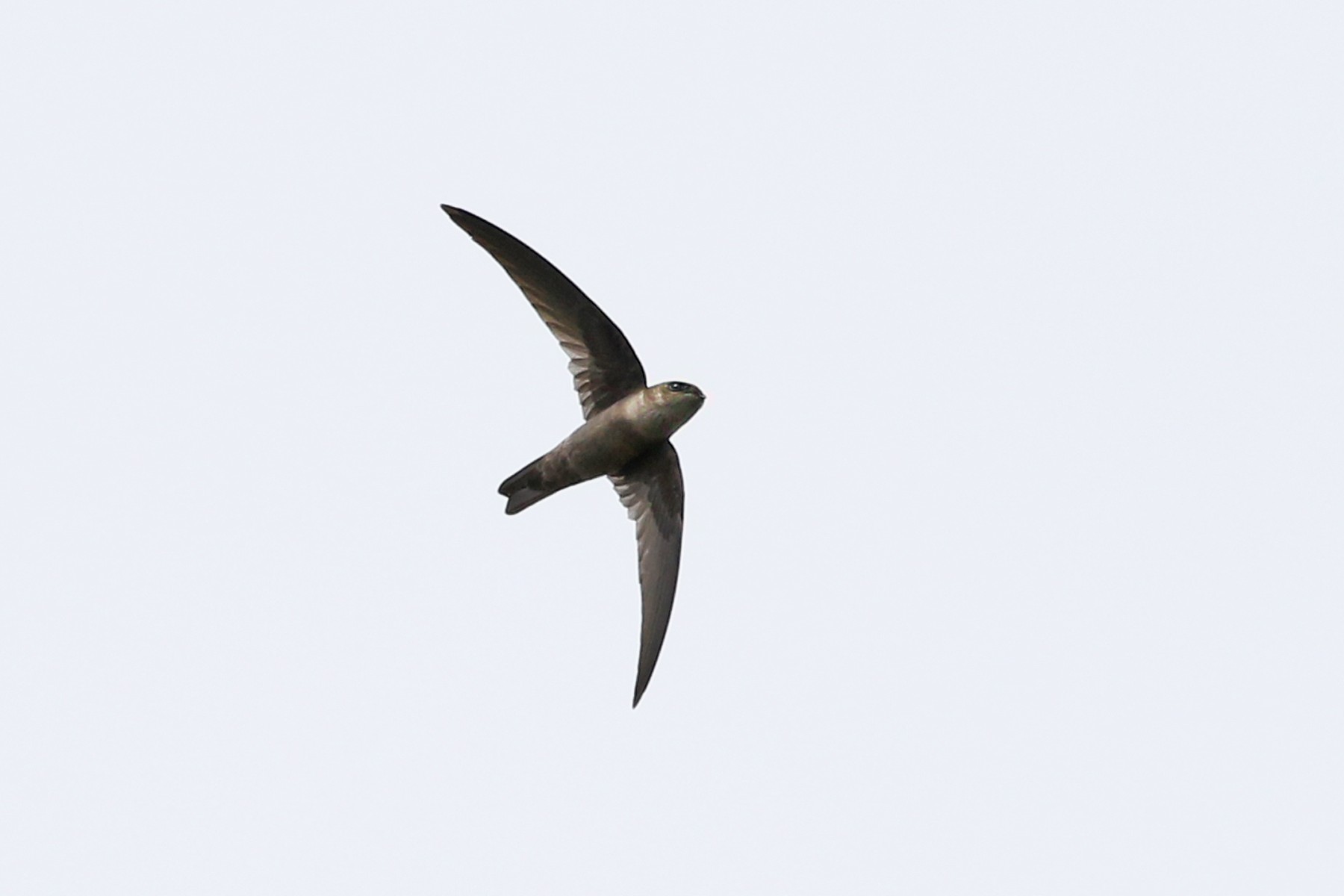 Medium-sized brownish swiftlet with a weakly forked tail. Found only in the Philippine lowlands. Typically encountered alone or in loose groups over various open habitats, often soaring high. Fairly uniform brown plumage, lack of a pale rump, and size distinguish this species from most others in the area; Philippine Swiftlet is the most similar but is smaller, has a more square-tipped tail, and generally favors higher elevations (typically 700 meters and above).