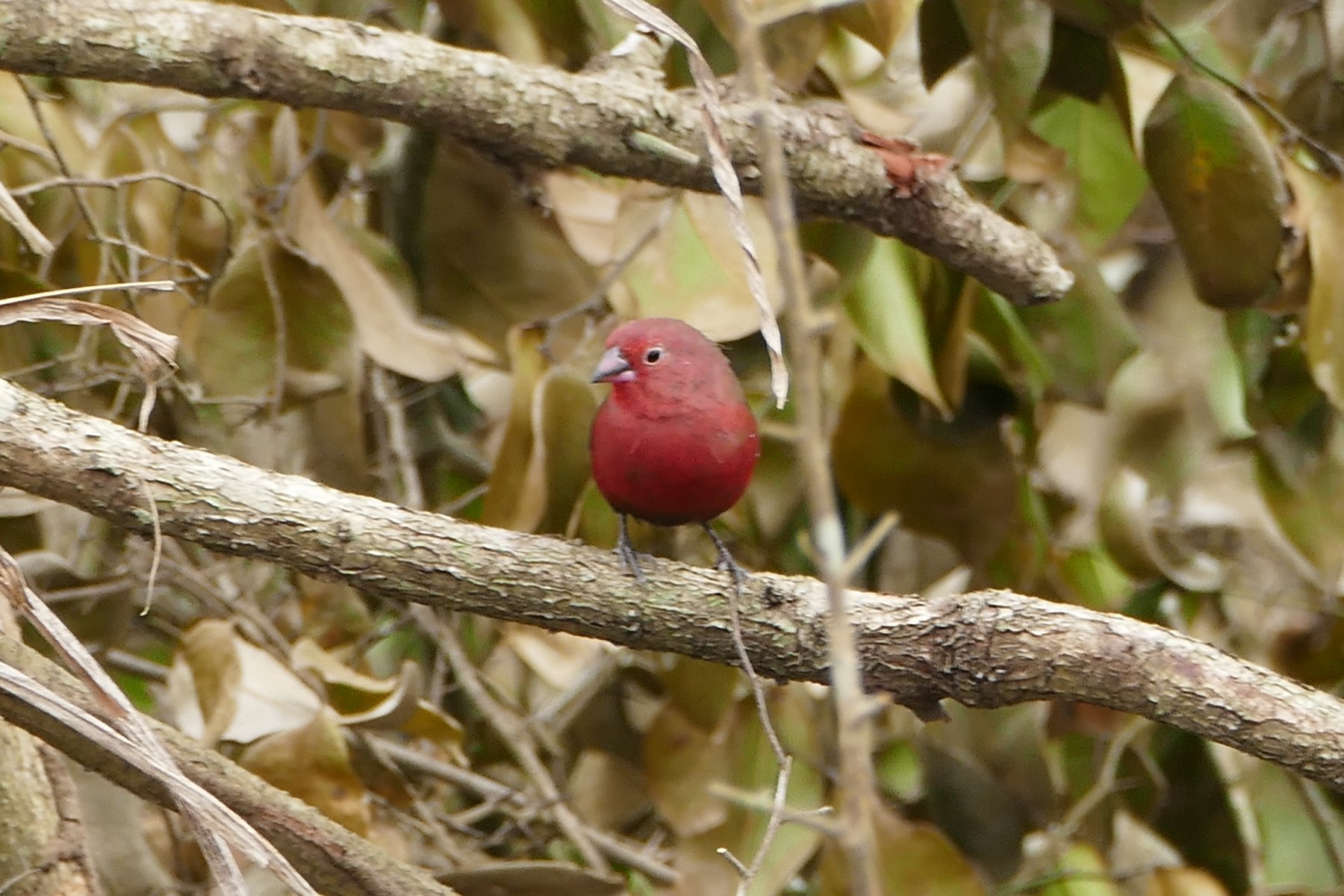 A small brown and reddish waxbill with a mostly pink bill and black under the tail. Found along forest edge and in cultivation, thick woodland, and scrub. Usually in pairs or small groups. Similar to Red-billed and Jameson’s Firefinches, but separated from the former by the black under the tail and from the latter by the pink in the bill. If there is any range overlap with African Firefinch, Pale-billed should be separated by the pink in the bill. Call is a short, low trill. Quiet song is a mix of low trills and much higher-pitched whines and whistles.