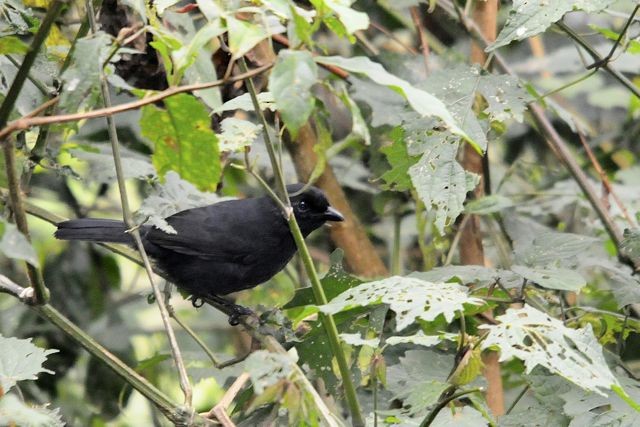 Mid-sized bushshrike that is completely black. Found in the undergrowth of humid forest at higher elevations. A skilled skulker that is most often detected by voice. Notable for its wide variety of vocalizations, which include whistles, explosive notes, frog-like calls, and ratchets. Also does a classic bushshrike duet in which the male sings a rising whistle accompanied by lower rasping notes from the female. Very similar to Willard’s Sooty Boubou, but prefers higher-elevation montane forest and has a dark eye.