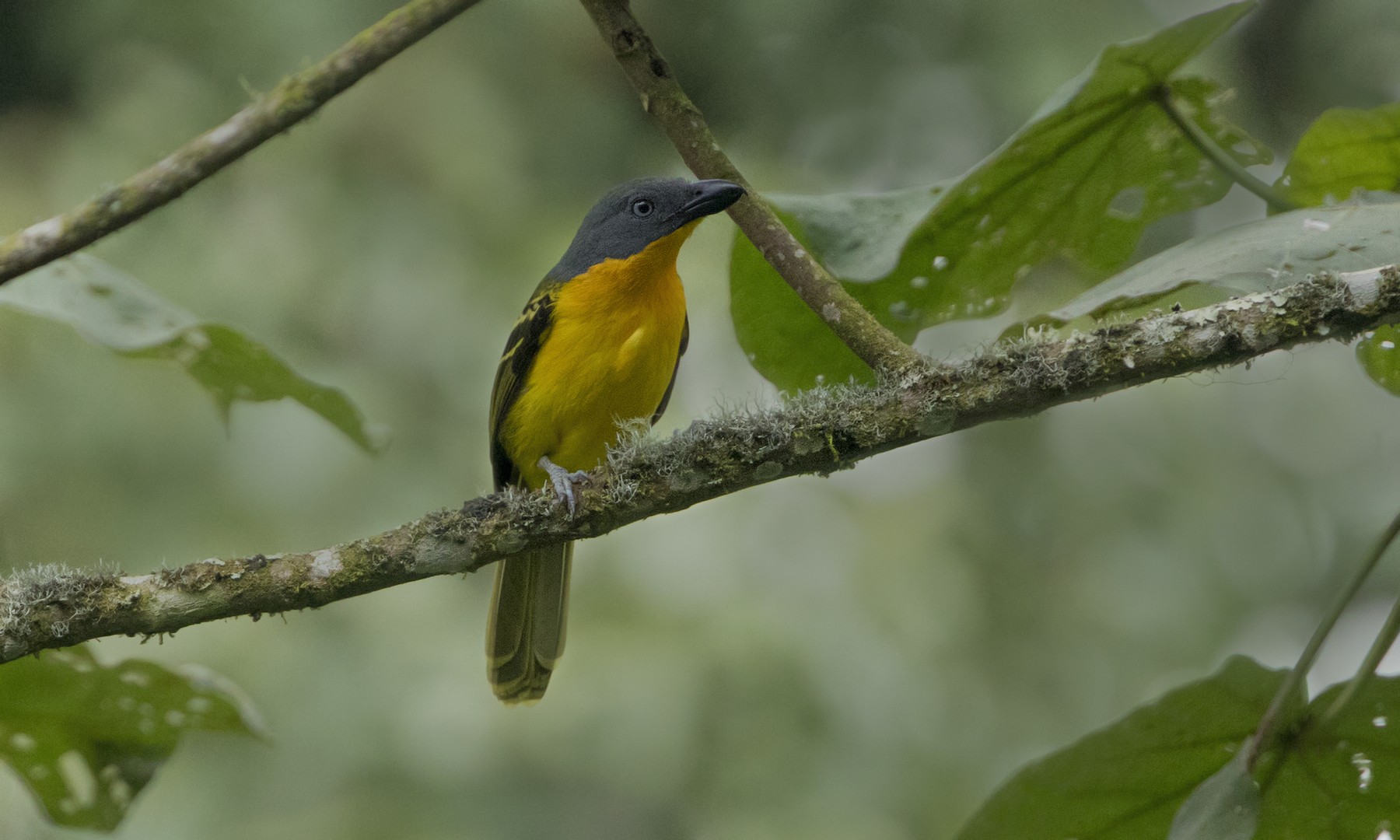 Big bushshrike with a large, laterally flattened bill. Note the black wing with yellowish spotting and the gray head. The breast is yellow in the eastern part of the range, washed with orange in the west. Found in the thick understory and mid-story of humid forest. The song is a long, hollow hoot that is slowly repeated. Also gives quicker hoots and whistles. Similar to Fiery-breasted Bushshrike, but separated by the gray rather than pale lores, the pale yellow bars on the front of the wing, and the lack of a black bar near the tip of the tail.