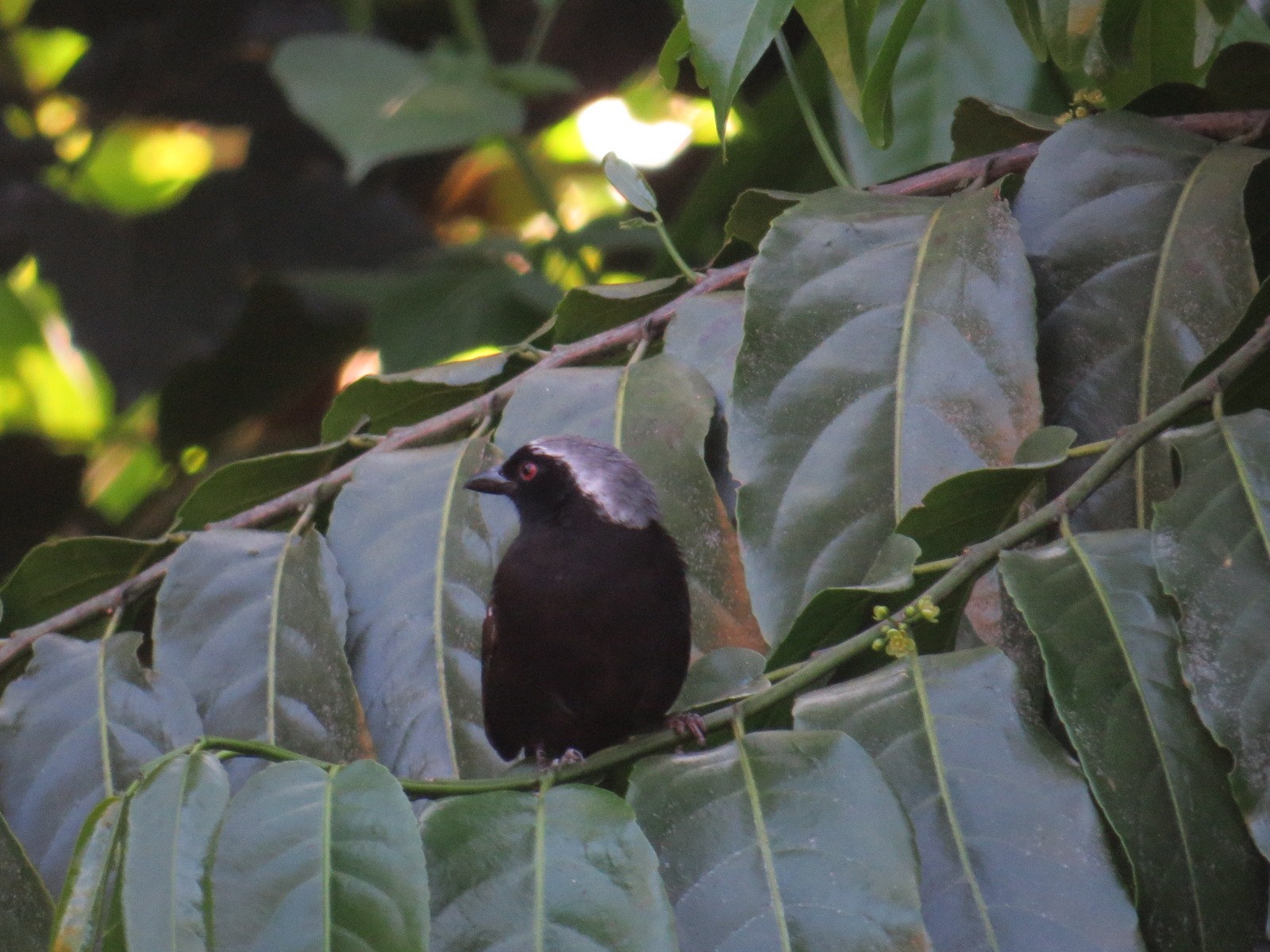 Pretty little black-and-gray nigrita. In most of the range, has a white line on the head and white spotting on the wing, but the subspecies in the west of the range is darker and lacks these. Found in rainforest, gallery forest, and edge and secondary habitats. Usually sings from the canopy, but sometimes feeds low. The song consists of mournful whistles in an up-and-down pattern. Similar to Pale-fronted Nigrita, but larger, and with more black on the forehead. Eastern and central African birds are further separated by their white wing spots.