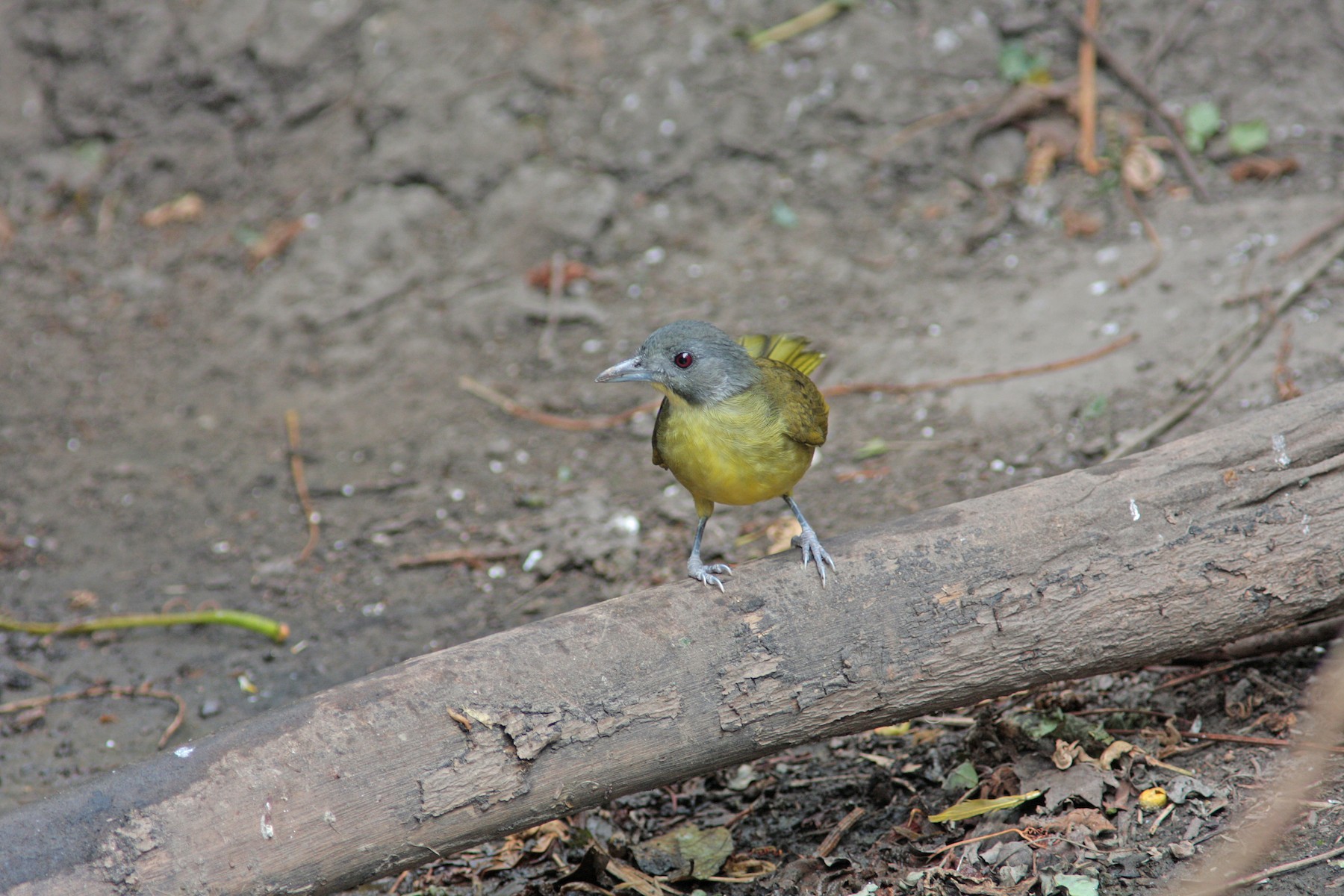 An unusual and colorful rainforest bulbul. The back and tail are dark olive-green, the head mostly gray, and the underparts yellow. There are yellow spots at the corners of the tail. Found in the understory of rainforest, gallery forest, and lush secondary habitat. Sometimes joins mixed flocks and follows ant swarms. The calls include chirpy notes and piercing whistles. The song is a series of jolly whistles that usually descend. Similar to Green-tailed Bristlebill, but separated by the gray rather than olive-green head, as well as the lack of blue bare skin above the eye. Also similar to Red-tailed Bristlebill, but easily separated by the green tail. In the very small area of overlap with Lesser Bristlebill, separated by the gray head and the lack of a yellow spot on the face.