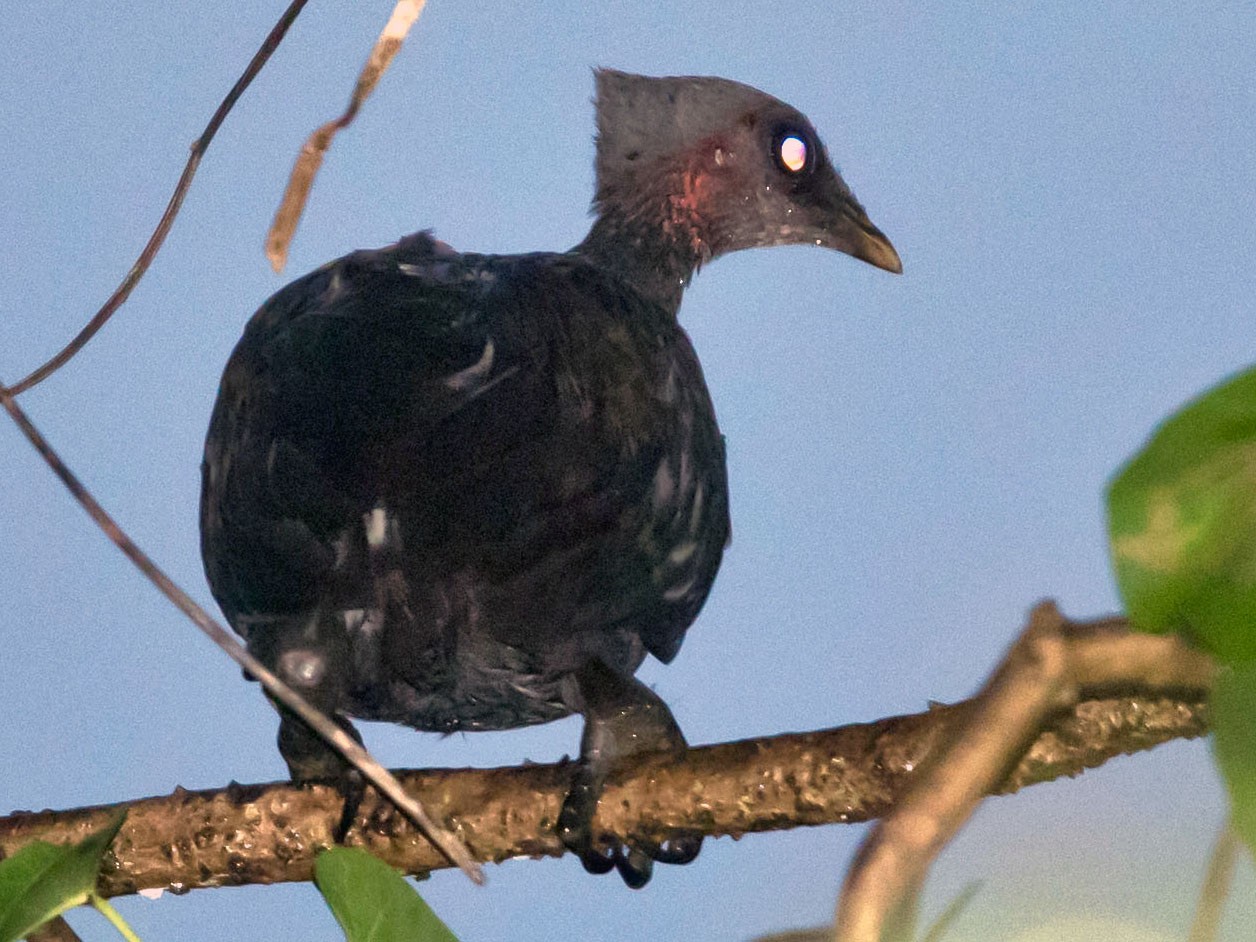 A dark partridge-shaped bird with an obvious crest. Plumage all dark gray and brown. Immatures duller, with more feathering on the face. Terrestrial, occurring in singles or pairs in forest, mangroves, and scrub in the lowlands and hills. Moluccan Scrubfowl is similar, but the uniformly dark appearance of Forsten’s Scrubfowl is different from that paler, boldly-marked species. Calls include a grating, rasping “kyow-kyow…” and a sharp “eck,” most often at night.