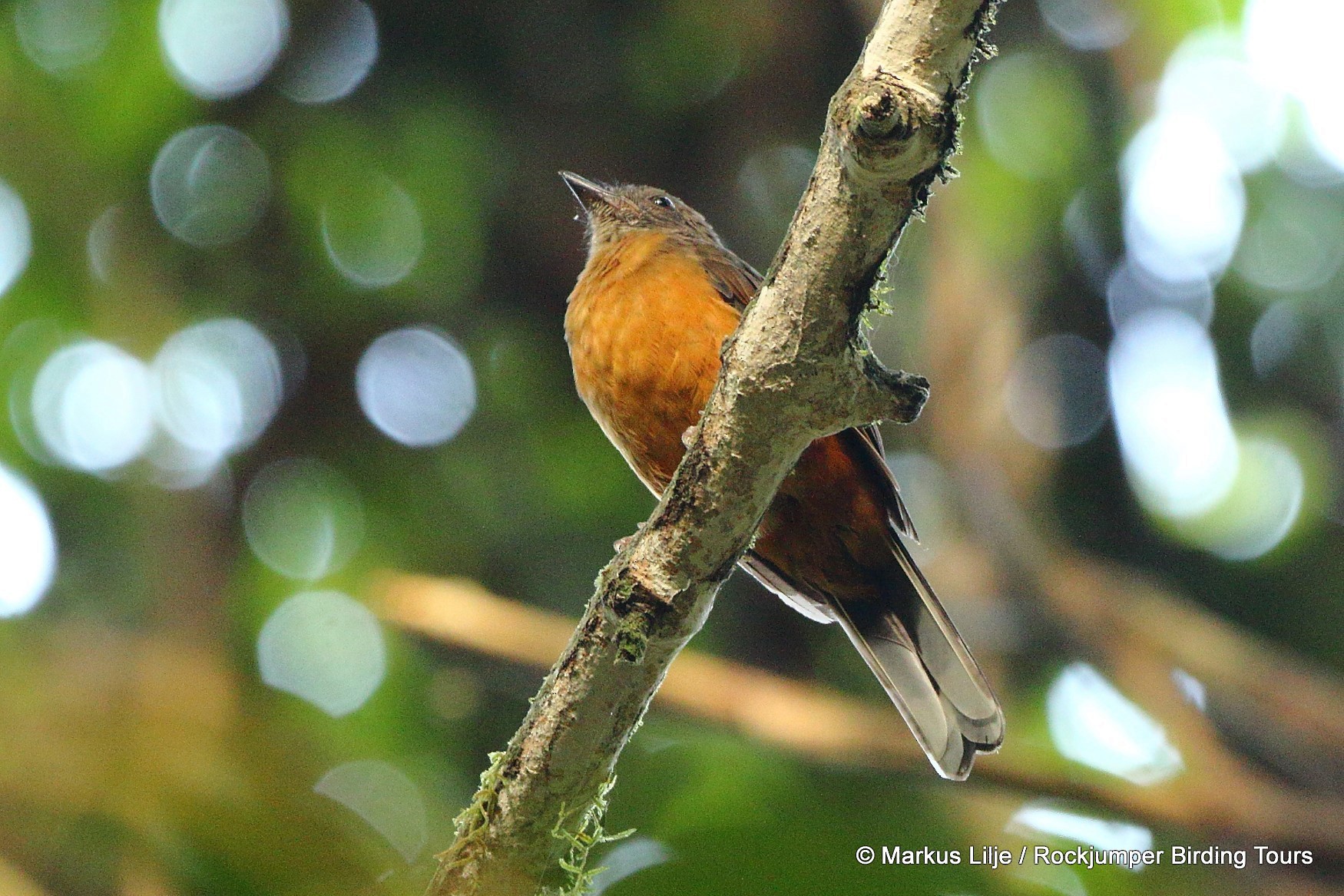 A plain, brownish, long-tailed flycatcher-like thrush. The tail is blackish with white corners. Found in the understory and at middle levels of humid forest. Perches upright and feeds like a flycatcher by snatching prey or catching it on the wing. Similar to White-tailed Ant-Thrush, but has a more upright posture and more flycatcher-like behavior, and is not usually found on the ground. The song is a slow, rising series of several mournful whistles. The call is a scolding series of several buzzing “kweee” notes.