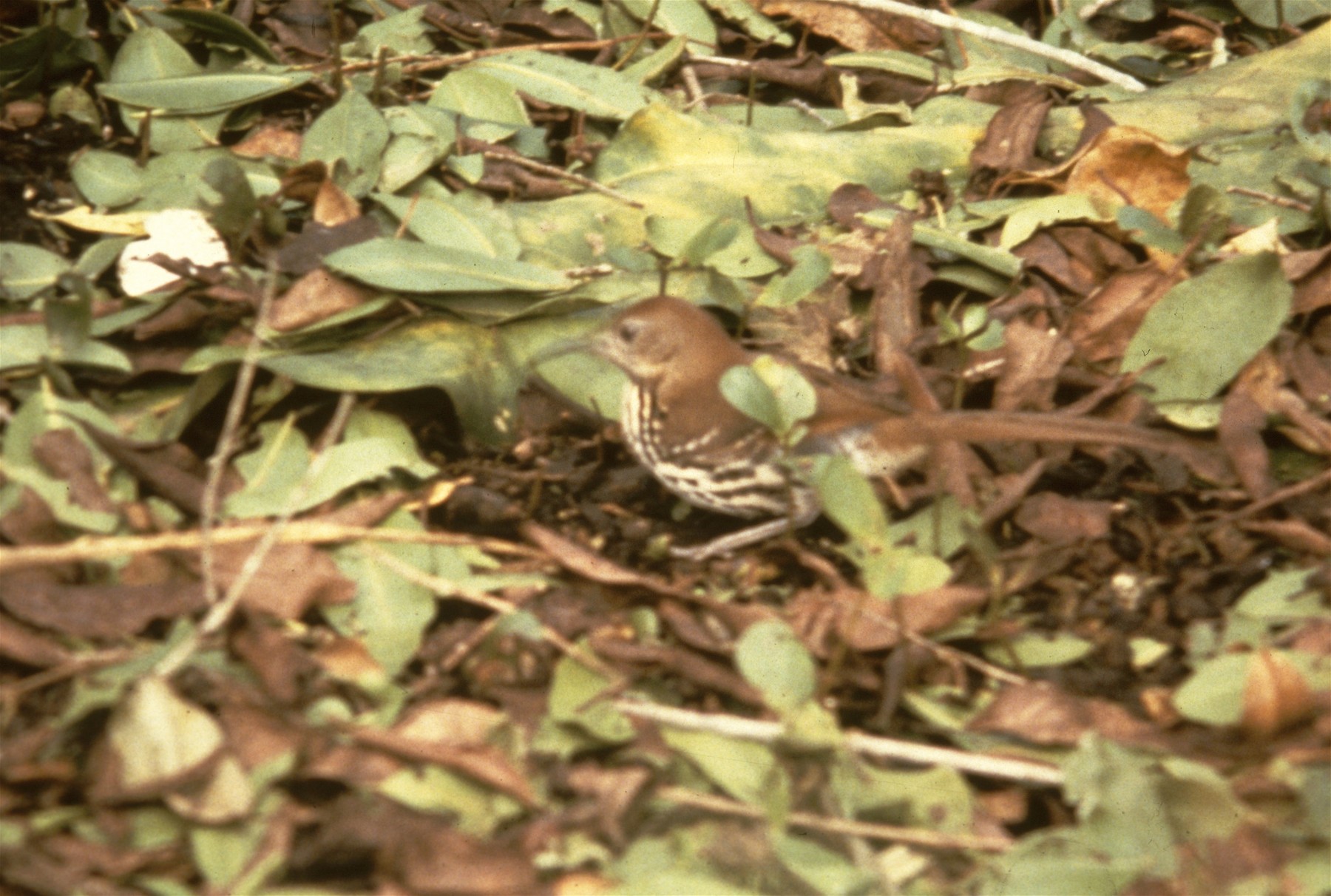 This striking bird is found only on Cozumel Island near the east coast of Mexico’s Yucatán Peninsula, and is likely extinct. It has not been seen with any certainty since 2004; the decline has been attributed to a series of devastating hurricanes as well as introduced predators. It has a long tail, curved bill, spotted underparts, and a piercing yellow eye. No other thrasher is known from the island. Skulks in dense, scrubby tangles and dark forest understory, where it is quite hard to see.