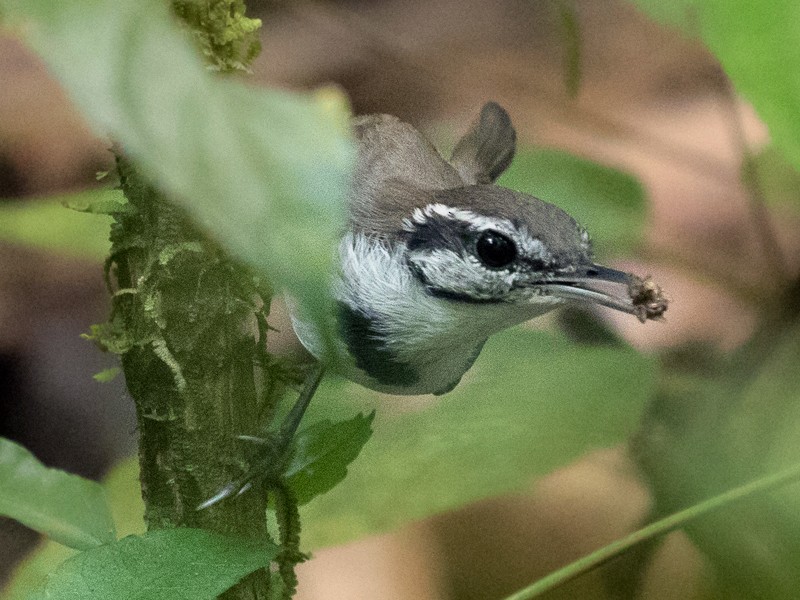 A tiny, long-billed bird of forest understory. Brown above and white below with a black crescent across the chest. Note striking facial pattern with white eyebrow and black malar mark. General impression is wren-like with long bill, contrasting eyebrow, and tail usually held cocked. Difficult to see well, as it tends to remain in dense understory growth around treefalls and other gaps in tall rainforest, where it is locally distributed and never common. Usually seen alone or in pairs. Song is a long, descending whistle, repeated at roughly three-second intervals, very similar in tone and pace to second note of Tawny-crowned Greenlet’s song. Harsh scolding note is perhaps the best giveaway to this species’s presence. Generally unmistakable given a decent view; in silhouette could be confused with Long-billed Gnatwren but has much stronger face pattern and is usually confined to dense undergrowth rather than the vine tangles inhabited by Long-billed.