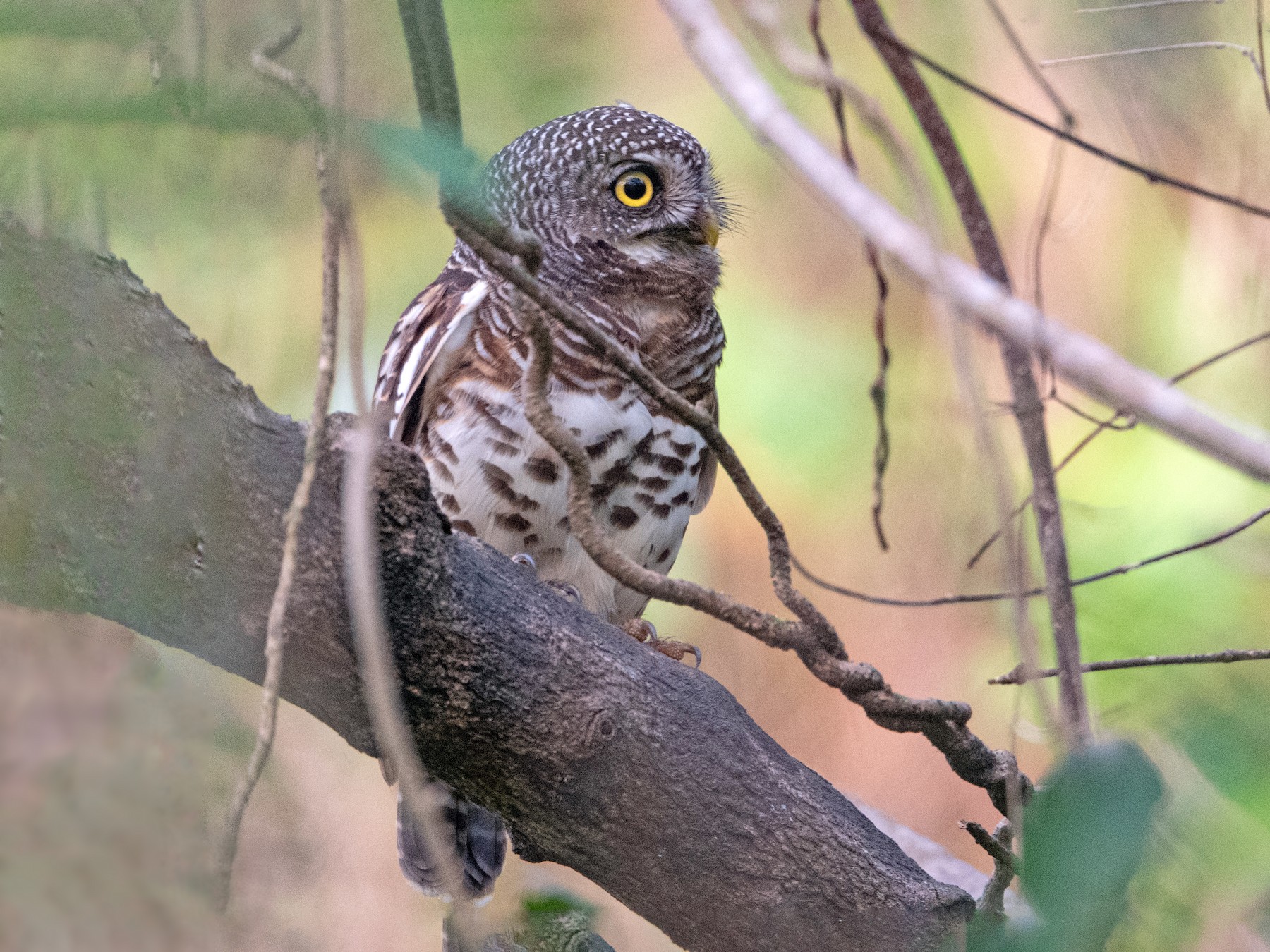 Chunky brownish owlet. Shows bars and spots on the underparts and fine bars on the upperparts. There is geographical variation in the plumage on the back, which is brown and barred in the western part of the range, chestnut without bars elsewhere. Found locally in lowland rainforest, gallery forest, and montane forest. Often active and vocal during the day. Gives a series of hooting “proo” notes at a rate of 1-2 notes per second. These hoots are often followed by emphatic, modulated, descending “ptrrrrr” notes. Very similar to the rare Albertine Owlet, but has white rather than cream spotting on top of the head, a less richly-colored chestnut back, and a white rather than buff slash across the shoulder. Somewhat similar to Chestnut-backed Owlet, but smaller and shorter-tailed, with thick barring only on the chest. Also reminiscent of Red-chested Owlet, but larger, with a barred chest, and lacks white spots on the tail.